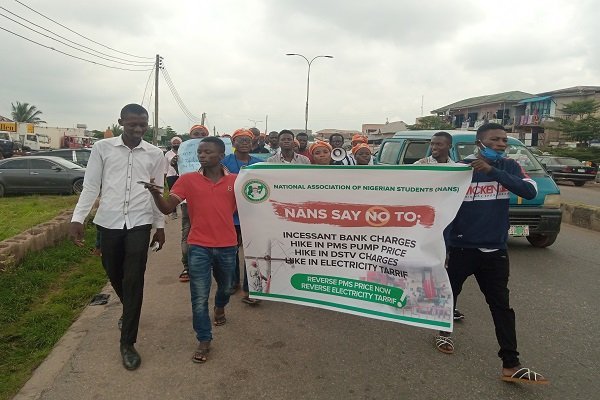 The #RevolutionNow movement and National Association of Nigeria Students (NANS) are currently protesting hike in petrol price, electricity tariff and cable TV subscriptions among others in Osun state.

Recall that the Federal Government last Wednesday, through the Petroleum Pricing Marketing Company (PPMC), increased the ex-depot price of petrol from N138 to NN151.56 per litre, forcing marketers to increase pump price from N148 to N162 per litre.

YOU MAY ALSO LIKE  247News: BIAFRA Passport Is Accepted Across The Globe

The protesters, who converged on the Nelson Mandela Freedom Park, Old Garage in Osogbo, marched to Ola-Iya junction.

They were armed with placards with several inscriptions chanting anti-government songs. 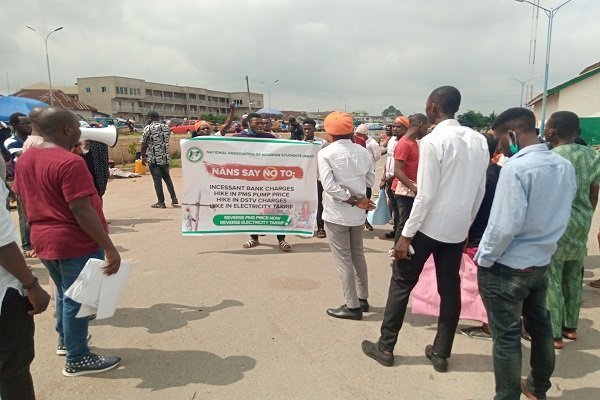 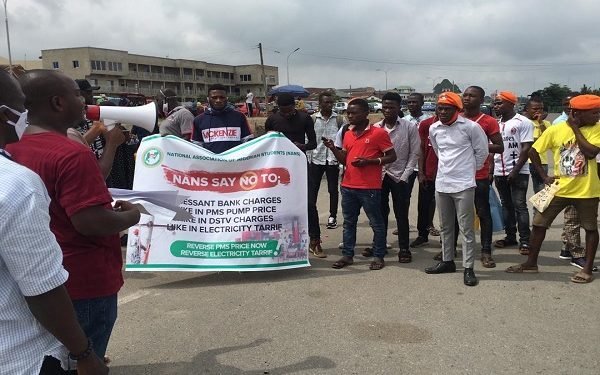