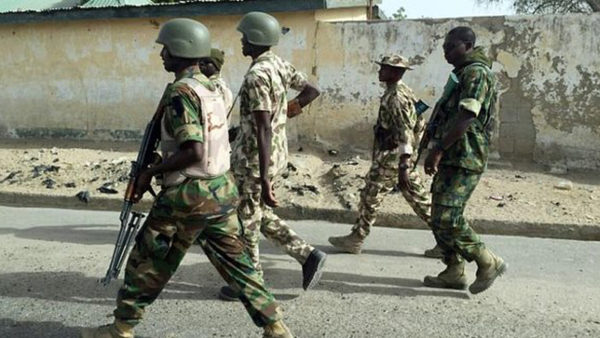 One person was allegedly killed in the violence that ensued as touts, in retaliation, took to the streets, destroying properties. The death is yet to be confirmed.

However, a PREMIUM TIMES reporter witnessed as a person hit on the face by a stray bullet was rushed to the hospital.

The thugs also went to the police station in the area, destroying cars packed there. They also vandalised BRT buses in the area.

Many traders were seen taking refuse at a filling station close to the market.

The cause of the invasion by the soldiers and the violence was yet to be ascertained at the time of this report.

A police team at the scene later shot sporadically into the air to disperse the thugs.