It is noted that a diehard supporter of President Muhammadu Buhari has asked for forgiveness from Nigerians after labeling the president a failure.

Well, Sadiq Suleiman who also had campaigned for Buhari’s second tenure said he was blinded by love for the president which didn’t let him see the failure his administration had recorded in the over 4 years he has been in power. 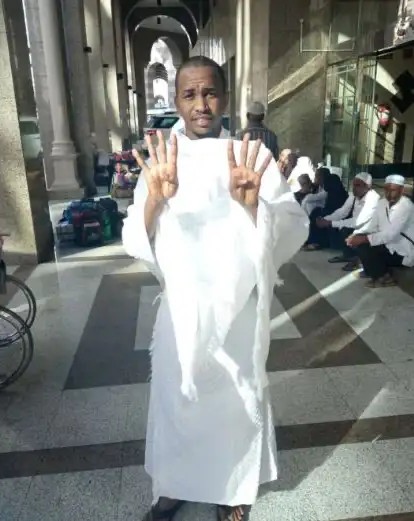 “When I was madly in love with President Buhari. May Allah forgive me for the blind love I used to have for this failure.

@atiku – We hope you forgive us, we have learnt our lesson from Mr fake.”

Should We Forgive This Guy Or Swear For Him?

The post ‘Buhari Is Fake’ – Die-hard Fan Of The President Apologizes To Nigerians, Begs For Forgiveness appeared first on Naijaloaded | Nigeria’s Most Visited Music & Entertainment Website.

Magu’s Lawyer Writes IGP To Release Him On Bail

HOTNESS!! Simi Shares Her First Sexy Photo Ever Since After The Birth of Her First Child