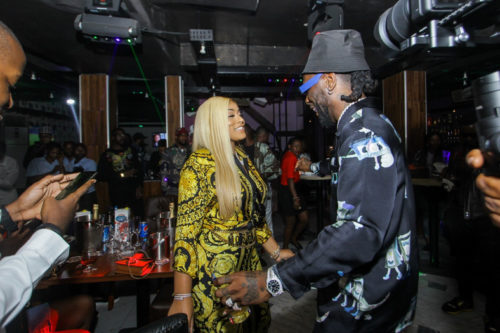 Burna Boy is certainly the happiest man on earth at the moment after receiving a little gift from his wifey, Stefflon Don.

The singer who is still receiving rave reviews for his recently released 5th album “Twice As Tall” reunited with his girlfriend for the listening party in the UK. In a bid to surprise her man on the success of his album, she gifted him a neckpiece with wings encrusted with an old picture of him. An excited Burna took to the gram to flaunt his latest gift and how blessed he is to have a wifey like her.

YOU MAY ALSO LIKE  FireChat in Hong Kong: How an app tapped its way into the protests U

See the videos below:

#Debates2020: Watch Joe Biden’s reaction after Trump revealed Biden’s son was kicked out of the Navy for being a cocaine addict (video)

Man arrested for ‘arresting a god’ in Nsukka