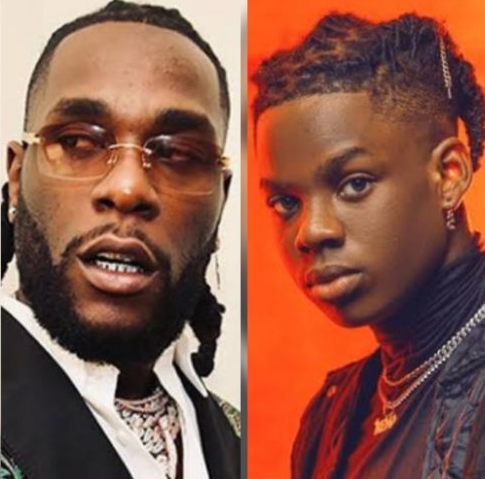 Burna Boy has returned to Twitter to show support for singer Rema after the latter took to Twitter to pour his heart out in a series of tweets.

Rema said a lot of things in his tweets, some of them unrelated. He spoke about friends who don’t want to see him win and who are only there for the good times, a girl who rejected him before the fame, music executives trying to impede his growth and more.

Burna, who left Twitter after he was called out for his tweets and accused of being too proud returned to the platform for “2 minutes” to show Rhema support.

Burna retweeted some of Rema’s rants to his timeline. He shared the tweet where Rema apologized for stealing the laptop of a friend named Eric.

Burna also quote-tweeted a tweet where Rema spoke about friends who were around to have fun when his brother organized house parties but disappeared when he died.

YOU MAY ALSO LIKE  End Time! Pastor Rapes 21-year-old Lady During Prophecy Session In Ebonyi

Burna added to the tweet: “It’s not too often (probably never) that an artist from Nigeria says something so real that a nigga like me can relate to. You are one of the last of a dying breed. Don’t ever let them break you or change you.”

Burna also wrote: “It warms my heart to see that there is still a place for Real Niggaz in this weird world where lies are the new truth and spoilt kids and People who have never even been in a real fist fight in their lives are the new “Real Niggaz”.

“I’m so happy I had to come back on Twitter for 2mins. Big up @heisrema for real bro. You really made my day. I dey for you Officially.”

YOU MAY ALSO LIKE  Mzbel accuses Kweku. Baako of being talented in lying 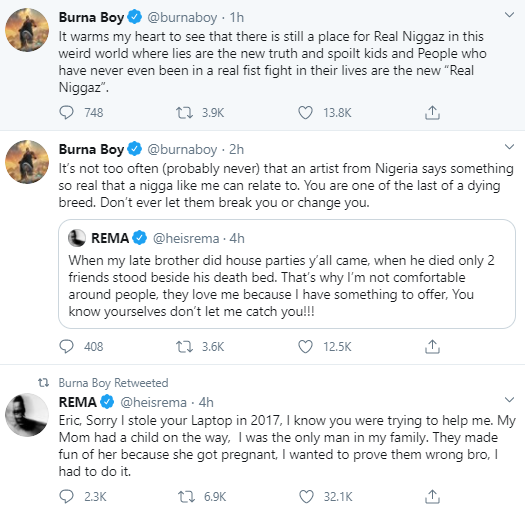 Meanwhile, Rema is not done tweeting. He complained about people deleting his tweets after making attempts to change his password.

Below are more tweets from him. 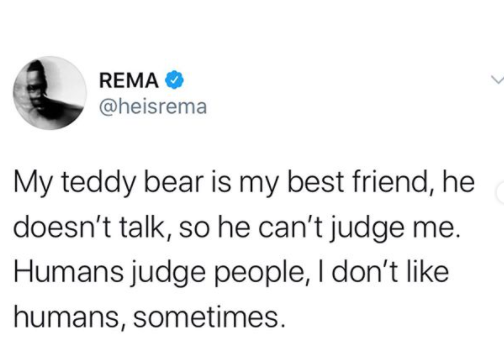 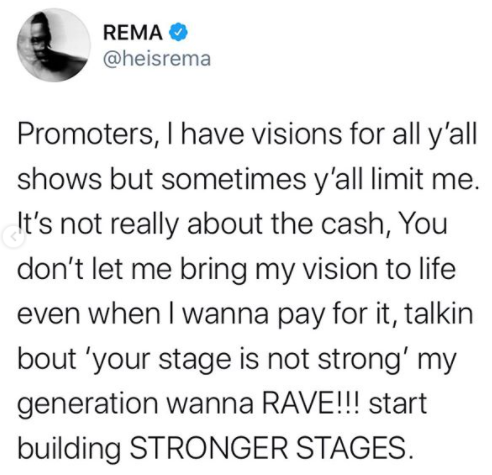 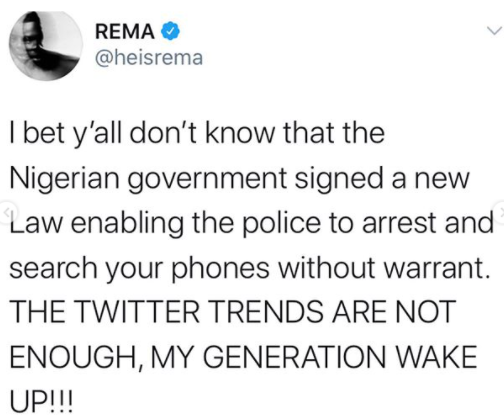 The post Burna Boy returns to Twitter to show support for Rema as he continues to pour his heart out on Twitter appeared first on illuminaija.