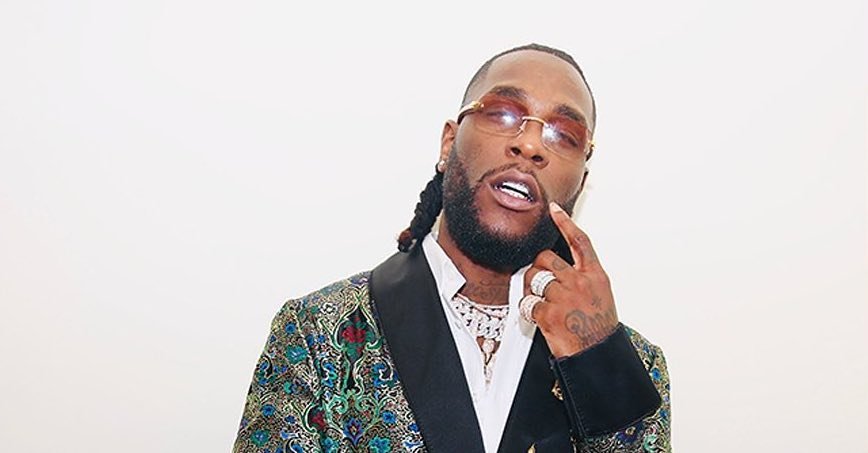 The home-grown international music star, who has also recently been nominated for “Best African Act” at the upcoming 2020 MTV European Music Awards, a title he took home last year, is to mark his first-ever live performance with Coldplay’s Chris Martin on their powerful collaboration in the track “Monsters You Made,” taken off Burna’s fifth studio album, TWICE AS TALL.

‘Monsters You Made’ is a song that serves an indictment on miseducation, historical injustice and systemic racism and Coldplay’s Chris Martin’s hauntingly poignant voice laces through the song, challenging what we think we already know about Africa and her history.

TWICE AS TALL, released in August 2020, debuted at #1 on Billboard’s World Albums chart, sat at #52 on the Billboard 200 and #128 on Rolling Stone’s Top 500 Artists Chart making it Burna Boy’s highest-ever appearance on the chart. Presently, it has crossed over a 200 million streams across all platforms.

Since then, the grammy and Brits Award nominee has featured in the United Nation’s Global Solutions Documentary, partnered with Spotify to take over the Black History Is Now (BHIN) hub, introduced his official comic book “The Secret Flame” narrated by his grandfather, veteran broadcaster, journalist, music critic, and former band manager of the late legendary Fela Kuti, Benson Idonije. The animated comic (available here) follows Burna Boy through a spiritual journey of discovering oneself while highlighting the very moments that brought him to where he’s standing tall today.

The Black Entertainment (BET) Awards is a yearly event which celebrates creative expression and black excellence across music, film, television, sports, and philanthropy; and so, for Burna Boy and Chris Martin’s forthcoming performance, organisers say this is set to air on Tuesday, October 27, 2020