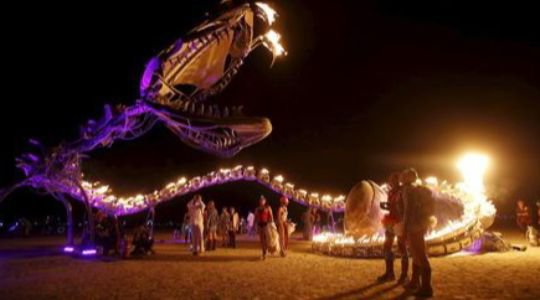 For people wanting to check out of society for a week, Burning Man is the place to be. Thousands gather in the desert to experiment with art and self-expression and set a giant effigy ablaze. 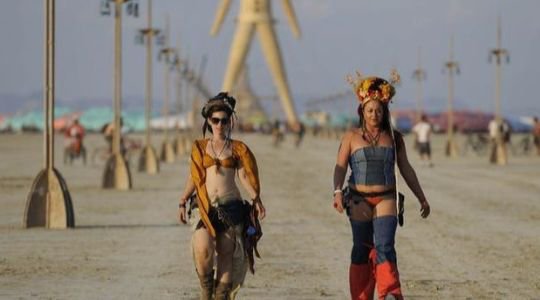 Burning Man began as a bonfire ritual on the summer solstice, June 22, 1986, when Larry Harvey, Jerry James, and a few friends met on Baker Beach in San Francisco and burned an 8 feet (2.4 m) tall wooden man as well as a smaller wooden dog. 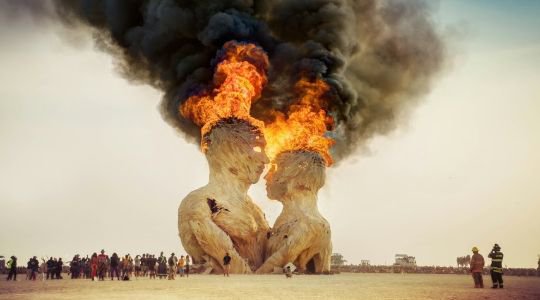 Harvey has described his inspiration for burning these effigies as a spontaneous act of “radical self-expression”. Sculptor Mary Grauberger, a friend of Harvey’s girlfriend Janet Lohr, held solstice bonfire gatherings on Baker Beach for several years prior to 1986, some of which Harvey attended.

When Grauberger stopped organizing it, Harvey “picked up the torch”, and ran with it. He and Jerry James built the first wooden effigy on the afternoon of June 21, 1986, cobbled together using scrap wood, to be torched later that evening.

YOU MAY ALSO LIKE  247E!news: Davido And Wande Coal Set To Work On New Music 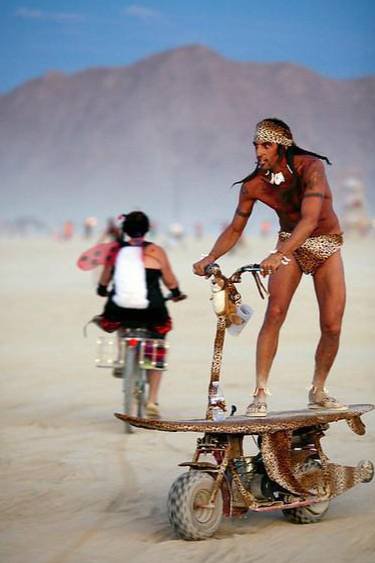 In 1987, the effigy grew to 15 feet (4.6 m) tall, and by 1988, it had grown to 30 feet (9.1 m). By 1988, Larry Harvey formally named the summer solstice ritual “Burning Man”, by titling flyers for the happening as such; to ward off references such as “wicker man”, referring to the practice of burning live sacrifices in wicker cages. 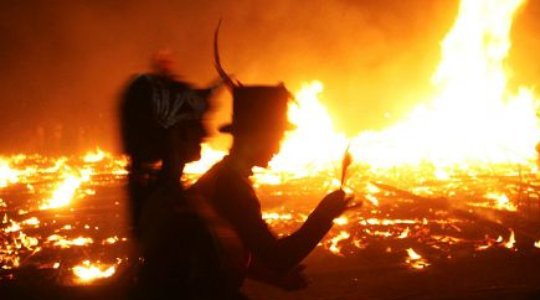 Harvey has stated that he had not seen the 1973 cult film The Wicker Man until many years after and that it did not inspire the action. 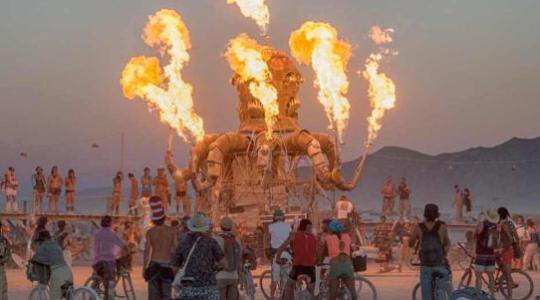 Black Rock City LLC was formed in 1999 to represent the event’s organizers and is now considered a subsidiary of the non-profit organization.

The Burning Man Project endorses multiple smaller regional events guided by the Burning Man principles, both in the United States and internationally.

The organization provides the essential infrastructure of Black Rock City and works year-round to bring Burning Man culture to the world through programs such as Burners Without Borders, Black Rock Solar, and Global Arts Grants.

The post BURNING MAN! Did You Know There Is A Place IN USA Where People Gather To Celebrate A Burning Man? See Why! appeared first on illuminaija.