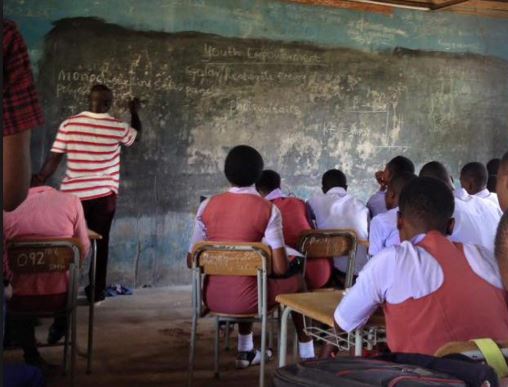 The Lagos Domestic and Sexual Violence Response Team (DSVRT) has demanded the immediate prosecution of a mathematics teacher, Emmanuel Davies over alleged “sexual exploitation” of a teenager.

Titilola Vivour-Adeniyi, the coordinator of the DSVRT, says Davies wad allegedly stalking and requesting for the nude photos of a female student, Almalohi Ehi Omiunu(14).

In a statement issued on August 19 and addressed to Zubairu Muazu, the state commissioner of police, the coordinator said Isimenmen Omiunu, the victim’s mother, had filed a complaint against the suspect on August 5, after Almalohi brought her attention to the sexual advances allegedly made by the summer class instructor.

“Our office was intimated of this case by Almalohi’s mother, Mrs Isimenmen Omiunu. She stated that, on Monday, 5th of August, 2019, she had enrolled her daughters at a summer coaching centre,” the statement read.

YOU MAY ALSO LIKE  BEWARE OF CULTISM THIS GUY WAS BEHEADED BY RIVALRY CULT GROUP IN....

“However, on Tuesday, 6th of August, 2019, when she got back from work, her daughters informed her that their mathematics teacher Mr Emmanuel Davies was making advances towards them and rubbing himself against their body.

“On Wednesday, 7th of August, 2019, Mr Davies had asked her daughter, Almalohi, for her number but she gave him their mother’s number instead. In a message sent via Whatsapp to Mrs Omiunu, who was pretending to be her daughter, Mr Davies was consistently requesting Almalohi’s nudes and also asking that they meet in a hotel so he can have carnal knowledge of her.

YOU MAY ALSO LIKE  Any Youth Who Owns A Benz Is A Yahoo Boy – Policeman Tells Enyimba FC Player, Stephen Chukwude

“Being criminal allegation, the intervention of the police is needed in ensuring the case is investigated and adequately prosecuted,” Vivour-Adeniyi added.