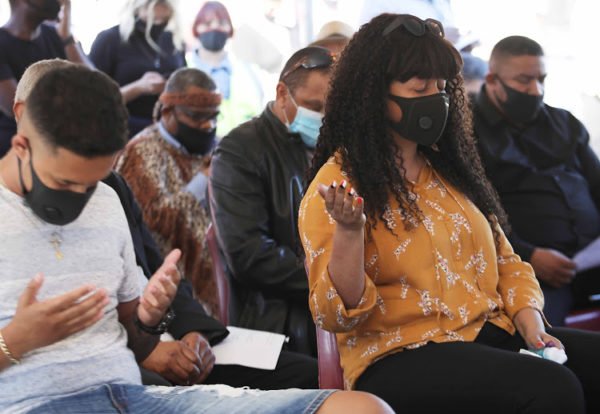 Charl Kinnear’s boss, Major-General Andre Lincoln, has promised to make sure that Kinnear’s killers are found, arrested and punished.

Lincoln made this known while speaking at Kinnear’s memorial service on Thursday.

His memorial service was held outside his house in Bishop Lavis, Cape Town, .

A marquee was erected few metres from where Kinnear died from the gunshot injuries on Friday afternoon.

“Friday’s event will be remembered as the worst day for the AGU (anti-gang unit),” said Lincoln.

“This is not going to be a flash in the pan. I spoke to the minister [of police, Bheki Cele] on Friday and said that a war has been declared.”

Lincoln addressing Kinnear’s wife, Nicolette, and comforted her saying: “I want to assure you, Nikki, we will fight to the bitter end.”

Several people came out to pay tribute to Kinnear, who was shot at a close range.

His memorial was attended by his colleagues in the anti-gang unit, the police top echelons in the province, Cape Town mayor Dan Plato and SA Human Rights Commission commissioner, Chris Nissen.

The memorial was on the same day the police confirmed that a man had been arrested in connection with his murder.

The suspect was arrested in Springs on Gauteng’s East Rand.

The 39-year-old would appeared appear in court on Friday.