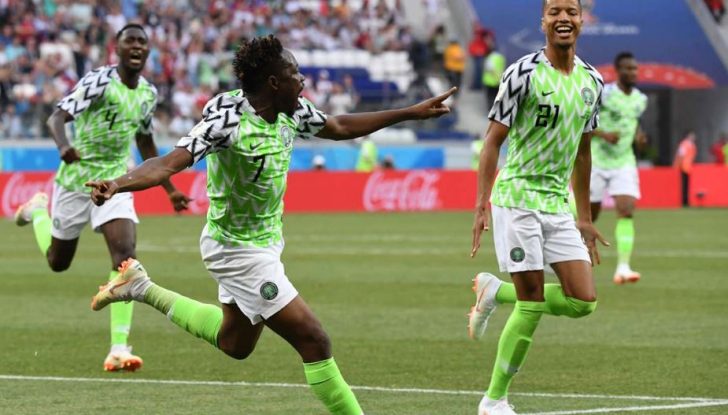 Nigeria’s senior national team has ended 2019 as the 31st best football playing country in the world.

Gernot Rohr’s men garnered a total of 1493 points to stay as the third-best team in Africa behind Senegal and Tunisia.

In the year under review, they finished third at the 2019 Africa Cup of Nations staged in Egypt following their victory over Tunisia.

Senegal are ranked first in the continent and 20th in the world with 1555 points, while the Carthage Eagles are 27th in the world and second in Africa after amassing 1506 points.

Belgium claimed the team of the year award for 2019. The Red Devils beat reigning world champions France to the title thanks to results from 19 friendlies.

2022 Fifa World Cup hosts, Qatar are the ‘Mover of the Year’ having gained a striking 138 points over the course of a year they won the AFC Asian Cup.

The next Fifa/Coca-Cola World Ranking will be published on Thursday 20 February 2020.

The post Check Out Our Super Eagles Position In The Final FIFA Ranking For 2019 appeared first on Naijaloaded | Nigeria’s Most Visited Music & Entertainment Website.