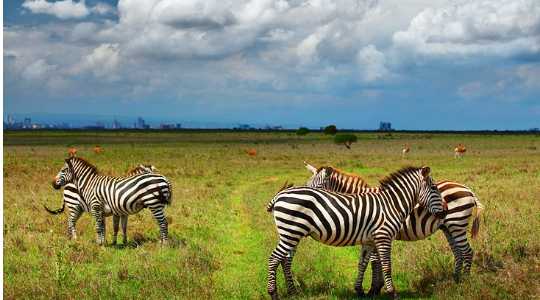 Tourists from all over the world want to visit Africa and the first place they want to go to is Kenya.

So you know why? Kenya is home to wildlife like lions, zebras, elephants, rhinos among others.

If you are thinking of visiting Kenya, here are a few places you should visit. 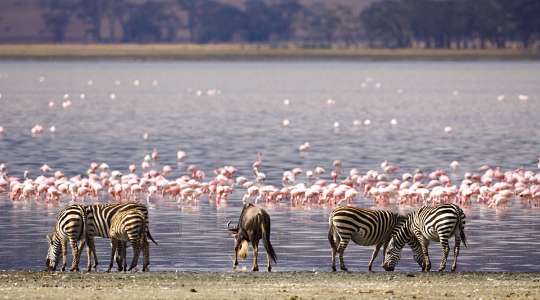 Lake Nakuru National Park, in Central Kenya, is famous for its huge flocks of pink flamingos. The birds throng on Lake Nakuru itself, one of the Rift Valley soda lakes that covers almost a third of the park’s area.

The park was established in 1961, and more than 450 species of birds have been recorded here, as well as a rich diversity of other wildlife. Lions, leopards, warthogs, waterbucks, pythons, and white rhinos are just some of the animals you might see, and the landscapes range from sweeping grasslands bordering the lake to rocky cliffs and woodland.

The park also protects the largest euphorbia candelabrum forest in Africa. These tall, branching succulents are endemic to the region and provide a bold textural element to the arid landscapes. 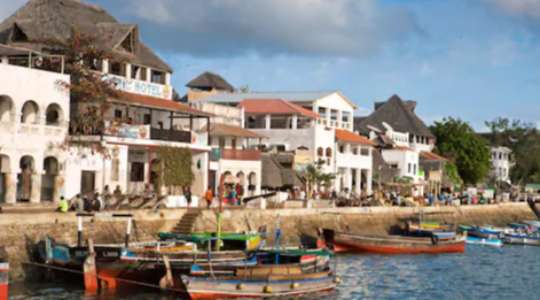 Strolling the labyrinthine streets is one of the top things to do here. You can see the island’s rich trading history reflected in the buildings.

Sightseeing here is like stepping back in time. Dhows plow the harbor, few if any motorized vehicles exist here, and donkeys still rule the streets as they have done for centuries. Most of Lamu’s population is Muslim, and both men and women dress in traditional attire.

Top attractions on the island include Lamu Museum, with displays on Swahili culture and the region’s nautical history; Lamu Fort; and the Donkey Sanctuary.

If all the history is a little too much, you can bask on one of the island’s white-sand beaches or sip Arabic coffee in a local café. 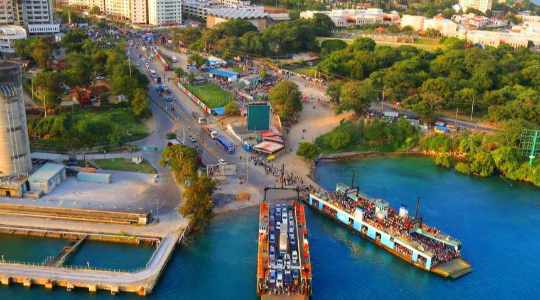 Mombasa is a multicultural tourist magnet. It’s also Kenya’s second-largest city and biggest port. British, Portuguese, Arab, Indian, and Asian immigrants add to the rich cultural mix, and their influence is evident in the architecture, as well as the many different types of cuisine.

Mombasa is actually an island connected to its mushrooming development on the mainland by a causeway, bridges, and ferries. Coral reefs fringe the coast for 480 kilometers, providing fantastic snorkeling and diving opportunities, especially at Mombasa Marine National Park and around Wasini Island. Dolphin watching and deep-sea fishing are also popular things to do in Mombasa.

YOU MAY ALSO LIKE  Days after his son tested positive, Founder of DAAR Communications, Raymond Dokpesi Snr, and 7 members of his family test positive for Coronavirus too

Other Mombasa tourist attractions cram the city’s north shore, including Mombasa Go-Kart, cinemas, sports, and a cornucopia of restaurants. 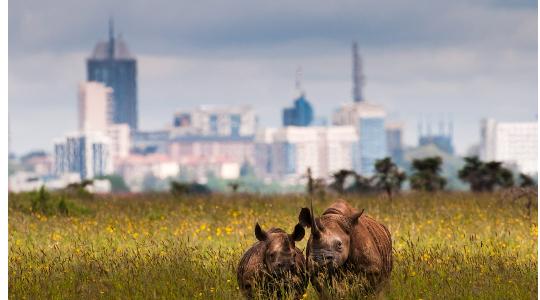 From a mere 15-minute drive from the clamor of Kenya’s capital, you can gaze at a snoozing pride of lions or a graceful giraffe strutting through the golden grass at Nairobi National Park.

Visiting this wildlife-rich park is one of the top things to do if you’re staying in Nairobi, and it makes a rewarding day trip – especially if you can’t make it to one of the larger game reserves.

All the classic safari stars here, including buffalo, leopard, zebras, wildebeest, hippos, elephants, and cheetah, and you can also see some of the planet’s most endangered species at the park’s rhino sanctuary.

The Nairobi Safari Walk provides a rewarding opportunity to spot wildlife on foot, and birders will be happy to know that more than 400 species of birds also inhabit the park, including the beautiful grey crowned crane.