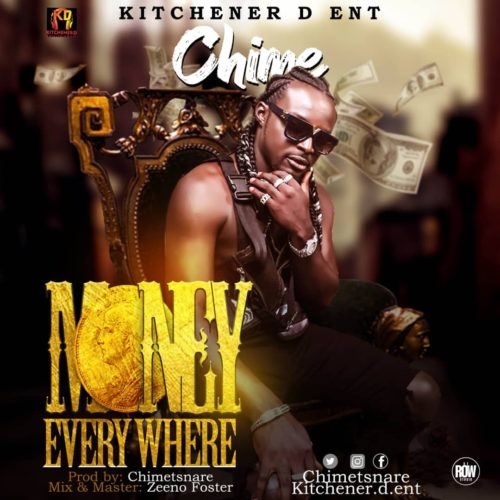 Chime’Tsnare is an Electrical Engineer, a music producer, song writer and sound engineer who was based in PHCITY but earlier relocated to Lagos. He comes with a new single titled “Money Everywhere”.

Chime‘s new song “Money Everywhere” is amongst many great hits lined up, and he’s officially signed to Kitchener D Entertainment.

Listen and Enjoy ‘Money Everywhere‘ all through the new year