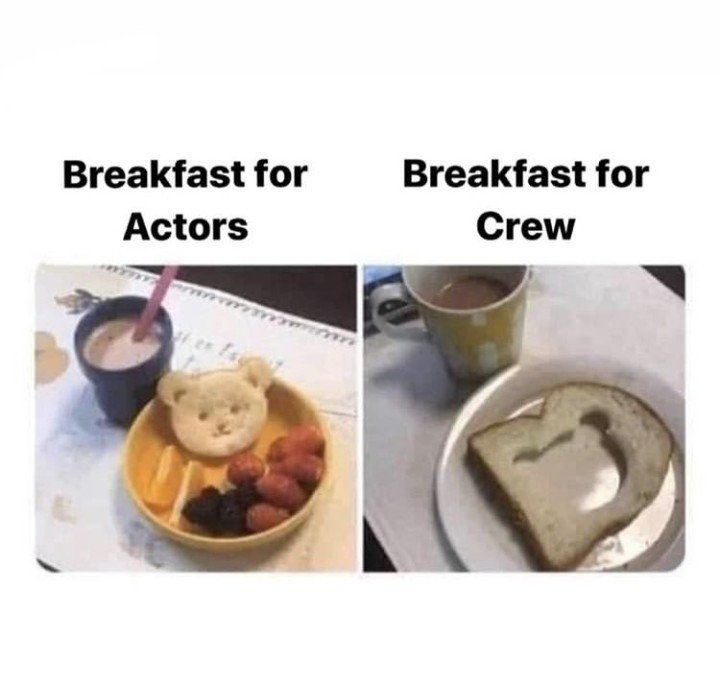 A Nigerian cinematographer has addressed the alleges discrimination on set in favour of actors against crew members.

KC Obiajulu shared a meme showing the difference between the food actors are given on set and what crew members are given and he said the meme triggered him as it reminded him of what happens on set, especially in Nigeria.

He wrote: “So I saw this on Instagram and it triggered me, someone posted it as a meme but that’s the reality of most crew members especially in Nigeria. I have had my own fair share of it. Why will a man who lift heavy gears that weigh at least 70kg 10 times a day be denied a proper meal?

“I have seen welfare departments go round asking some people what they want to eat then ignoring others. These people that lift the heavy gears (lights, cranes, stands, weights etc) deserve to get a decent meal at least. Fuel them to work especially if you are going to make them work 16-20 hours in a day when I ideally they should work 12 hours.

“If you want to build a team don’t be the first to divide the team by determining who eat what and who doesn’t. Food is very important for crew members.

“I also know some crew members abuse it, but until then feed them. At least they earned it. Also learn to speak to them nicely, just the same way you will speak to those you consider important on your set. Peace.”

YOU MAY ALSO LIKE  Election 2020: December 7 has been declared public holiday in Ghana 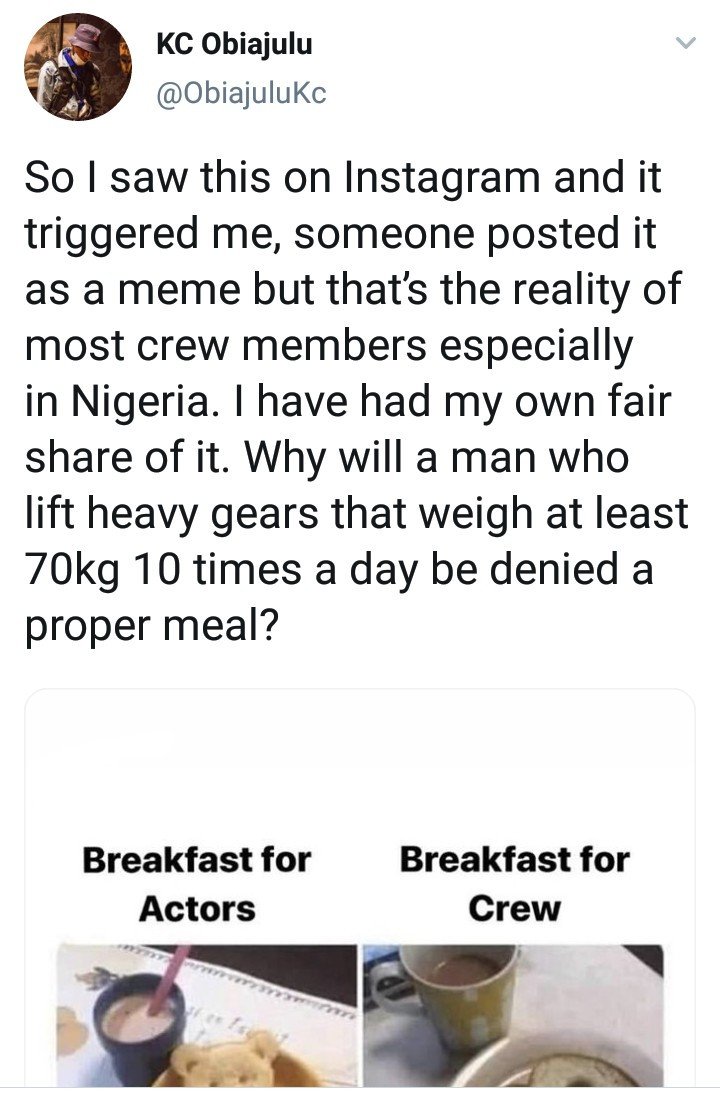 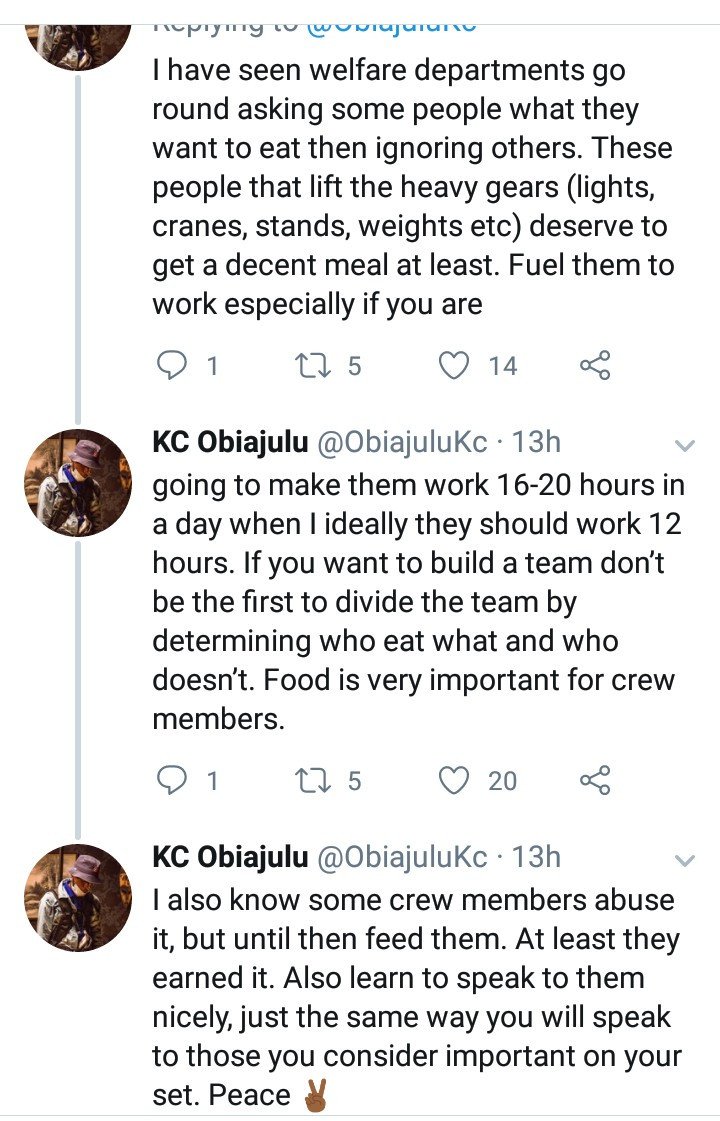 The post Cinematographer calls out filmmakers for treating crew members less than they treat actors appeared first on illuminaija.