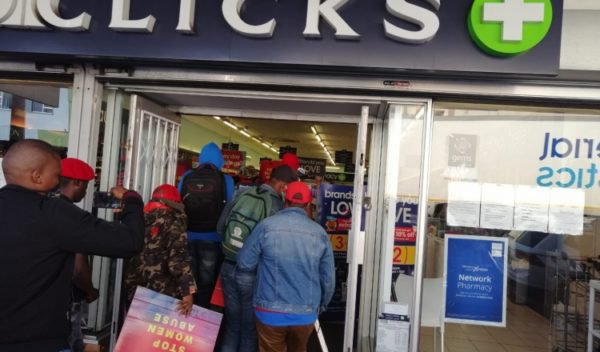 Clicks has suspended two of its employees following the controversy that sparked on Friday about a hair advert that portrayed black women’s hair as ‘Frizzy and Dull’ & ‘Dry and Damaged,’ while white women’s hair portrayed as ‘Normal and Fine.’

Vikesh Ramsunder, Clicks Group CEO said the incident that happened looks so disappointing which would lead to transformation for the organisation.

“I am deeply disappointed. I couldn’t believe this happened within our organisation because until Thursday I thought we were in the right direction around transformation we have done enormous work.”

“More than 80-percent of our employees are black but what I have come to realise is that I have a lot more work to do in the organisation.”

“I can always pass the bark to Unilever which I am not doing, I can do what I am doing in my organisation to make sure that this does not repeat itself.”

Meanwhile, Floyd Shivambu – EFF Deputy President said the Economic Freedom Fighters will keep to their protest against racism and no court order from Clicks will hinder them.

On Monday morning, Clicks’ lawyers wrote a letter to the party with instructions to avoid any form of violence as operations will go on as usual at all its stores.

The post Clicks suspends two of its employees appeared first on illuminaija.