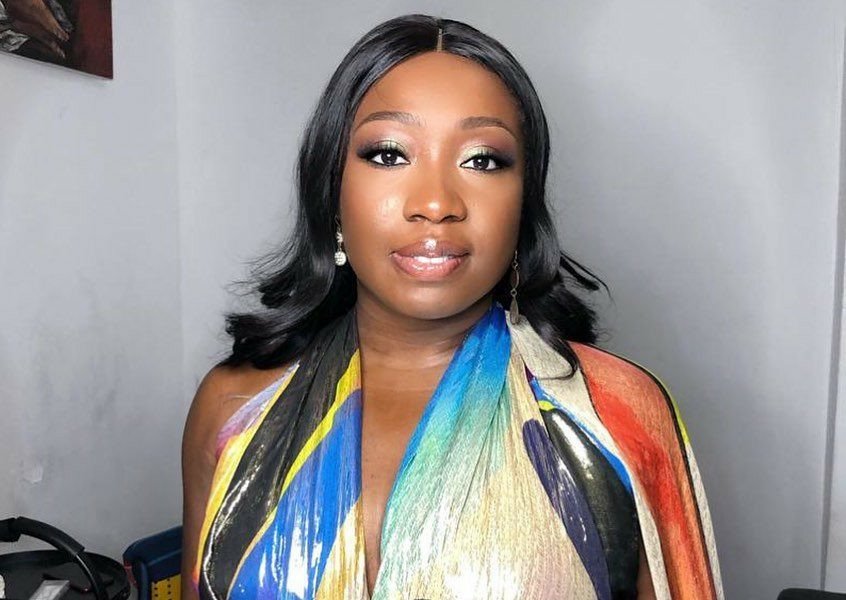 Stephanie Busari, CNN correspondent, has taken to her Twitter handle to express her shock at the outrageous bill sent to her home by the Eko Electricity Distribution Company.

Busari in a tweet posted on her handle said she was hardly in her home in December 2020 and was shocked to receive a bill of N150, 000 from PHCN.

”I was away for all of December and all major appliances were off, and somehow according to @EKEDP my electricity bill was 150k. This is more than even the months I was there. Amazing!”

Other Nigerians took to her comment section to tell their tale of woes with electricity providers in Nigeria.

YOU MAY ALSO LIKE  EFCC gave Us Naira Marley, Olamide Gave Us Fire Boy And Don Jazzy Gave Us Rema – Which Is Your Favorite In 2019?? 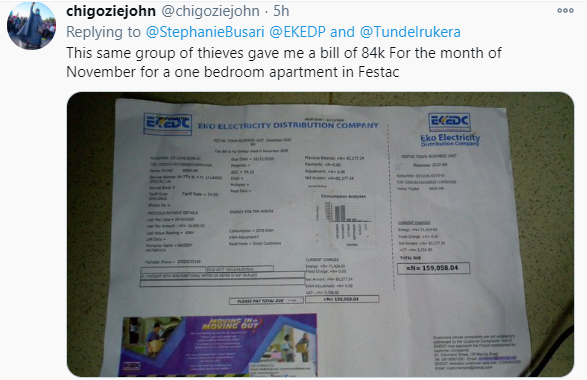 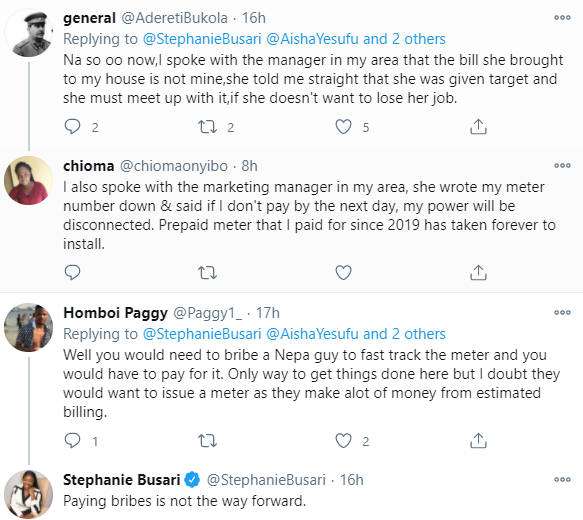 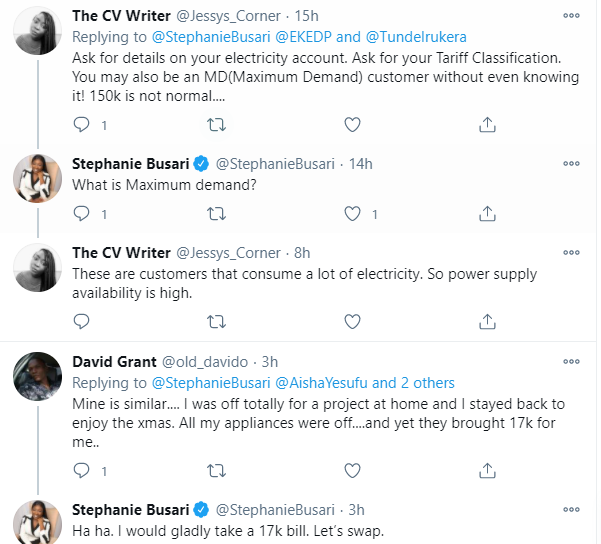 The post CNN correspondent, Stephanie Busari, in shock after receiving a bill of N150k from Eko Electricity Distribution Company appeared first on .