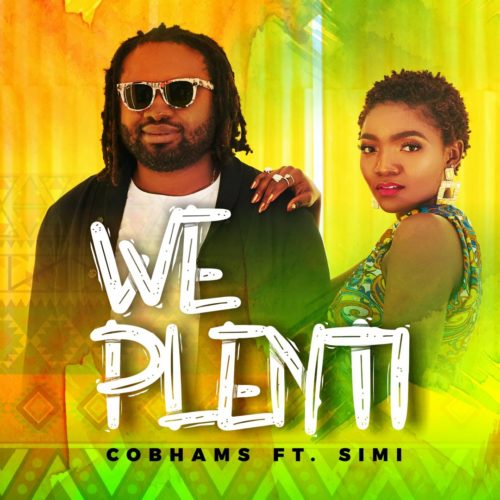 The double release of the single and video comes on a day the singer marks his birthday, January 6. It immediately goes on play listing across all broadcast media as well as on digital for download and streaming to a worldwide audience.

Tapping into a unique music chemistry with the talented songbird, Simi, the inspiring song is well-timed at the beginning of the year when there’s a lot of buzz of about new resolutions and goals.

‘We Plenti’ is produced by Cobhams Asuquo who shares co-writing credit with Simi. Listen!

YOU MAY ALSO LIKE  LETS PLAY!! There Are 10 Premier League Players In This Puzzle, Can You Name Them??

According to Cobhams, ‘We Plenti’ comes with a powerful narrative. He explains, “This song is to encourage every Nigerian to let you know that you are not the worst person in the world. And everything happens in its own time. The fact that it might not have happened in the time you want it doesn’t mean it won’t happen at all.”

YOU MAY ALSO LIKE  Video: Two Women In Bikini Twerk On A Man Inside A Pool Until Cries For Help

The beautiful lyrics of the song is amplified in a visuals shot by ace music director, Paul Gambit. Watch and Enjoy below