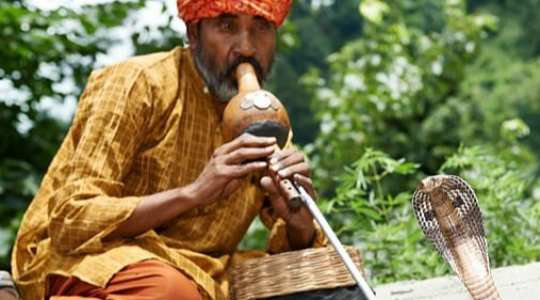 Snake charming is an ancient art form that most of us will have seen (or want to see) when travelling to Morocco, Egypt and Tunisia… to mention but a few. Snake charming itself has been around for thousands of years, with one of the earliest records going as far back as the Bible. 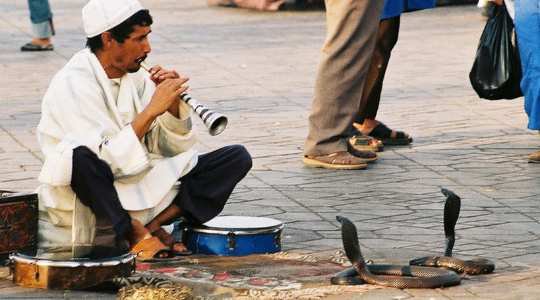 We’re probably all aware of what snake charming is but it’s probably worth taking the time to think a little bit more about the practices that go into snake charming as it exists today.

The art of snake charming is considered to be an ancient technique that is now believed to have risen in India, particularly through healers that would showcase their ability to hypnotise a cobra. 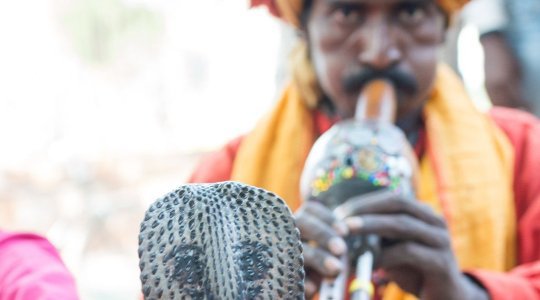 The act in itself would involve a healer housing a cobra within a basket and playing a pungi or bansuri with the snake almost transfixed upon the playing instrument. It was historically believed to be a magical or blessed act that many healers would display around their local communities.

The reality of a snake being hypnotised is a little different from what you’d think or expect. Snakes can’t actually hear the noise of the instrument and instead focus on the pungi (or bansuri) and the player, assuming the player to be a threat to itself (i.e. the snake).

The snake thus keeps full eye contact upon the instrument and the moving parts of the player – particularly the hands around the instrument.

Snake charmers are benefiting from a rise in tourism which in itself would not be bad if there was no cruelty, harm or even captivity involved.

The cobra is able to spit its venom when it feels attacked by forcing venom through its fangs. To protect themselves, snake charmers often de-fang or de-venom their snakes.

Traditionally, snake charmers have removed a snake’s venom sac to ensure that a snake bite won’t be fatal.  That process can be crude and has to be repeated multiple times throughout a snake’s life (sacs refill once they’ve been emptied).

The truth is some (not all) snake charmers capture wild cobras, ripping out their fangs and sewing the mouths shut so they can never strike the charmer.

These snakes then die a horrible death from starvation, taking many excruciating months. Once the snake dies, the charmer goes out to capture more snakes to use for ‘those photographs’ taken by many-a-tourist.

The post COBRA COMMANDERS! See The Secret Behind The Ancient Practice Of Snake Charming In India appeared first on illuminaija.