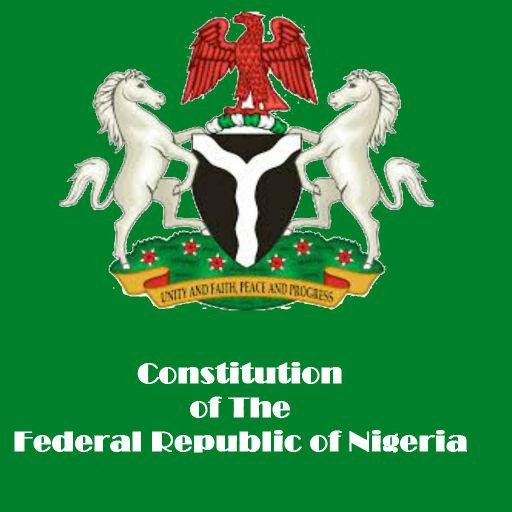 The Northern Elders Forum has criticized the 9th senate’s move to review the 1999 constitution.

The NEF in a statement released after the constitution review ad hoc committee chairman, Ovie Omo-Agege asked the general public, executive and judicial bodies, civil society organisations, professional bodies and other interest groups to submit memoranda or proposals for further alteration(s) of the 1999 constitution within two weeks from August 26, described the proposal as a waste of time, energy and the nation’s resources.

The Northern Elders who noted that the recent attempt of reviewing the constitution is not likely to bring in any genuine effort to address the basic requirements of securing a stable, secure and prosperous Nigeria, added that the Legislature and executive branches of government have large quantities of reviews, recommendations and reports from past attempts at amending the Constitution.

“The Forum is convinced that this repetitive initiative of the Senate is of no value and a predictable waste of time, resources and energy of the nation, and should not be supported by Nigerians being alarmed by waste in governance at this difficult time when the economy is facing unprecedented challenges.

“Virtually every National Assembly since 1999 had spent huge amounts of Nigerian people’s money on jamborees that give them false hope that the three arms of government respect the overwhelming desire of Nigerians for a holistic and genuine review and amendment of the 1999 Constitution. Nothing fundamental or of any value has come out of these grand schemes to exploit our collective desire to address our political and economic fundamentals. This National Assembly is also following suit, and it should not be encouraged on this path.

“Nigeria’s future rests largely on its willingness to address major constraints to equity and justice, a functional structure, consistent good governance, security for all citizens, a credible electoral process, growing understanding between and among all groups and an economy that grows and narrows inequalities between and classes and regions. This cannot be achieved by a process that routinizes wasteful expenditure around false hopes.

“The Legislature and executive branches of government have large quantities of reviews, recommendations and reports from past attempts at amending the Constitution. These represent enough resources for a review if the legislature is serious about this vital national priority. Even this is not likely to produce a genuine effort to address the basic requirements of securing a stable, secure and prosperous Nigeria, because both arms of this administration are unlikely to accept to put through wide-ranging reviews of the Constitution. The Forum specifically reminds legislators and other leaders from the North that security of our communities, reduction of crushing poverty and widening distrust among communities should be their priorities.

“The Northern Elders Forum recommends the alternative of leaders of thought, elders, groups and professional organizations and representatives of government to freely discuss every element of our co-existence as a country under principles of voluntarism, genuine representation mutual respect and integrity of the process.

“A Nigerian Peoples’ Conference on Review of the Constitution will benefit from past work in this direction in addition to contemporary challenges which the country needs to address in a context that allows free and productive engagements without pre-determined ends.

“The outcome of this Conference should be submitted to the two arms of government which should provide for a referendum in the Constitution so that Nigerians can directly decide on how they want their nation to be structured and function.

“The North is willing to discuss other options that will do justice to the current Constitution and the future of our great country.

“The Forum invites attention of particularly northern groups to be wary of being railroaded into making submissions which the legislature will hold up as input, further justifying waste and deceit.

“No northern group should encourage further waste of public funds which should be channeled into battling killers, kidnappers, poverty and poor governance.

“The North wants a major review of the Constitution, but it is also ready to resist attempts to create wealth for a few while it leaves parts of the country to quarrel and blame each other for the state of the nation.

“Northerners are willing to discuss current challenges of the region and the state of the country with any group, anywhere, provided it sees evidence of sincerity and respect for each other.

“We advise the National Assembly to direct its energy and mandate towards convincing President Muhammadu Buhari to bring an end to the insurgency in the North East and killings in most parts of North Central and North West and other parts of the country.

“We advise the Senate to jettison the wasteful idea of giving Nigerians the impression that it is involved in a serious review of our Constitution.”

The post Constitution review is a waste of time and energy – Northern Elders appeared first on illuminaija.