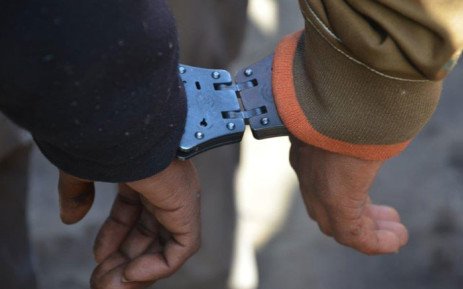 Five failed robbers have been arrested by Pretoria police.

On Thursday morning, the police disclosed that five suspects who were allegedly involved in a failed money heist mission have been arrested.

The suspects carried out a cash heist in Montana, Pretoria on Tuesday morning.

Col Brenda Muridili said “on September 1 about 10am, the police responded to a CIT (cash-in-transit) robbery that had just occurred at Zambezi Junction in Montana.”

“It is alleged that a group of men approached a security guard walking out of a liquor outlet with a money bag.”

“One of the suspects shot at the security guard while his accomplices grabbed the bag.”

“While the suspects were trying to flee, the driver of the armoured vehicle managed to corner the suspect with the money bag.”

“Others fled the scene empty-handed in a white vehicle,” she said.

The wounded guard was rushed to the hospital while the cornered suspect with the cash was arrested.

“The province immediately implemented the 72-hour activation plan and the mobilised team followed up on information which led them to a safe house used by the suspects at a security complex in Pretoria north.”

“Four more suspects were arrested and the police seized two unlicensed firearms and the white vehicle that was used during the robbery,” Muridili said.

The five robbers have been charged for armed robbery, attempted murder and possession of an unlicensed firearm and ammunition.

YOU MAY ALSO LIKE  JUST IN! Ibadan Poly SUG Suspended For.....

They would appear in the Pretoria  magistrate’s court soon.