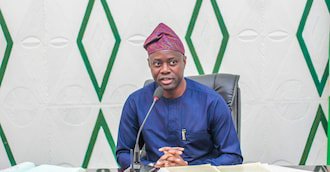 Oyo state government has announced the cancellation of third term calendar for students in all primary and secondary schools in the state due to Covid-19 crisis.

Governor Seyi Makinde announced the decision on Tuesday, July 20, as contained in a statement by the state commissioner for education, Olasunkanmi Olaleye.

Olaleye said the decision was reached during the state executive council meeting at the government house in Ibadan on Tuesday, adding that the 2020/21 academic session will begin on September 21 and end on July 30, 2021.

“According to the approved calendar, Third Term 2019/2020 session has been cancelled and promotion of students, for all affected classes, will now be determined by First and Second Term Continuous Assessment.

Pry 6, JSS 3 and SSS 3 will proceed on holiday from 30th of July and resume for their Examination as follows;

Oyo state had earlier reopened schools for the graduating classes, a decision adopted by the federal government after the submission of the fifth report of the presidential task force on Covid-19.