Daddy Freeze took to his social media page to reveal that he got a message from Ynaija, who interviewed Busola Dakolo concerning his reported interview with the embattled pastor.

Daddy Freeze had earlier ridiculed Ynaija, describing the media outfit as ‘mischievous’ rather than being a world-class outfit that should concern itself with having an ‘equitable narrative’.

Reno Omokri, who, from the beginning, has advocated that the two sides of the story be heard, queried why Ynaija is worried about the narrative being controlled, questioning why Fatoyinbo’s side has not been heard. 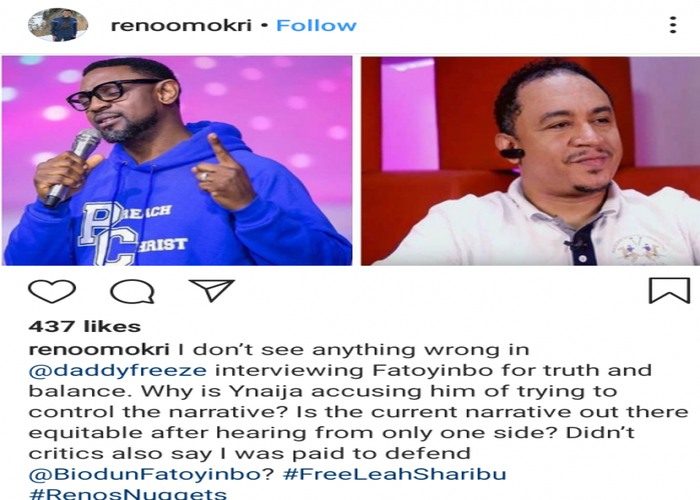