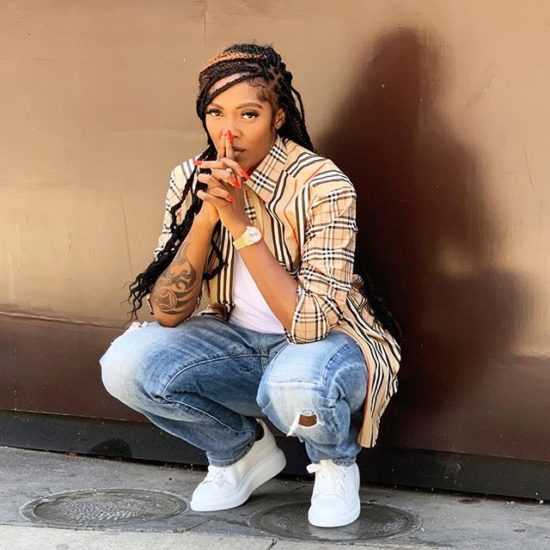 Nigerian songstress, Tiwa Savage has threatened to drag the Commonwealth of Zion Assembly (C0ZA) and Pastor Biodun Fatoyinbo to court for including her in a promotional video for the church without her consent.

Tiwa savage’s threat is coming a few hours after a doctored video was shared on the Instagram and Twitter page of Pastor Biodun Fatoyinbo, which portrays her advertising an event ‘Twelve Days Of Glory’ which was billed to take place in the church.

While giving her account, Tiwa said she was fraudulently approached by the church to testify to the glory of God, only for her to find out the video has been edited to advertise the church program.

YOU MAY ALSO LIKE  WE WANT HIM! Bayern Munich Still Chasing Man City Star Leroy Sane

Tiwa said ”It has been brought to my attention that there is a viral video which includes me advertising an upcoming COZA event. I want to state that I have nothing to do with the church and certainly do not endorse their events. I’m extremely disappointed that I was fraudulently approached to simply comment on how good God has been to me and it has been wrongly edited to use my image to create an advert to deceived people. COZA this is wrong!! I will be taking action if this not immediately retracted.”

YOU MAY ALSO LIKE  Photos: Naira Marley Buys another House in Lagos