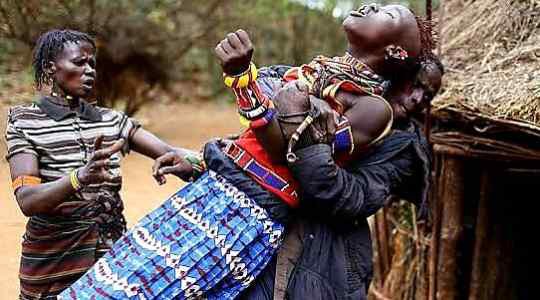 While in other parts of the world, a man must first woo and secure the consent of a lady he is attracted to and wants to marry and then proceed to get her parents’ consent, the practice is different in Latuka, South Sudan.

In the Latuka culture and tradition, a suitor must kidnap a lady he intends to marry, by employing the services of other men together with whom he will lay an ambush for, chase and arrest the lady.

The captured lady is then taken to her suitor’s home where she’s kept against her will before the man informs her father later. As if all those are not interesting enough, the lady’s father must beat up his son-in-law-to-be to show that he approves of his intended marriage to his daughter.

It is unsure how intense or extensive the beatings take but when a woman is spotted by a man and is kidnapped, it takes away her choice and right to make an input into which man she spends the rest of her life with. 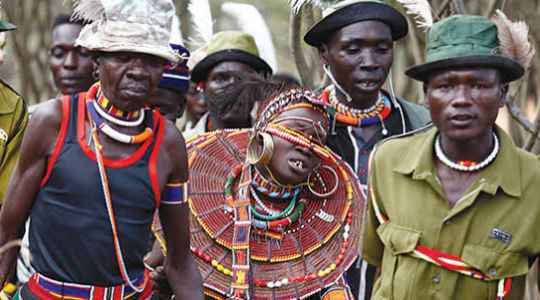 In other parts of the world, there is usually a gentlemanly ceremony of handing over a woman to a man, mostly by the father of the bride-to-be, after both the man and the woman have agreed to live together but Latuka practises the direct opposite.

After kidnapping the girl, her suitor returns to her family with elderly male relatives to officially ask for her hand in marriage. With the girl still in his possession, her father is left with a choice on whether or not to agree to the proposal by this suitor. The response of a “yes” or “no” from the father comes with its separate ceremonial activities.

If the girl’s father agrees to the proposal from this suitor, he is expected to beat his prospective son-in-law to show his approval to their proposal.

Reports say the beatings signifies that the man is willing to be beaten for his wife since it’s about the sacrifices he’s willing to make for the woman he loves.

Equally interesting is the fact that if the father’s response is “no”, the suitor has the discretion to decide whether to return the kidnapped daughter or go ahead to marry her regardless.

This rather interesting practice has been a subject of debate and continues to be as many people are of the view that it is an afront to the right of a girl to choose who she is in love with and wants to spend her life with. 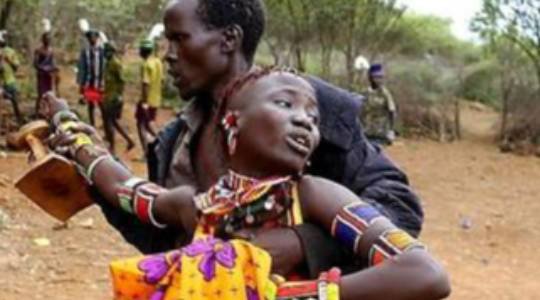 The Latuka or the Otuho are a small ethnic group who have practised subsistence farming for long. They keep large herds of cattle, sheep and goats in the mountains of South Sudan

Common among the crops they grow are groundnuts, sorghum, maize, and tubers like yam and potato.

Latukas are said to embody a communal lifestyle where nothing is kept from anybody: they practise a system of sharing and as such, no single person rules over them. Instead, they have a group of elders who are vested with the authority to guide them.

They are a known conservative tribe that forbids many forms of religious penetrations and other cultures, including marriage which remains unchanged over the years despite criticism.

The post CRAZY? In This South Sudan Tribe, A Man Must Kidnap Any Girl He Likes And Inform Her Father Later appeared first on illuminaija.