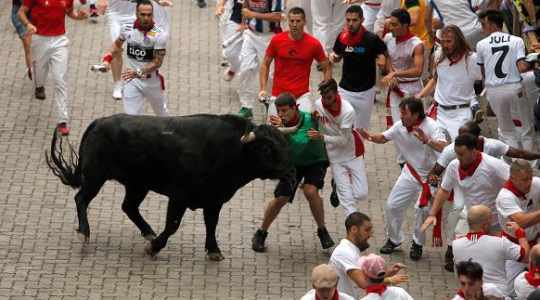 You probably know this festival better than the running of the bulls. The festival of San Fermin is a week-long, historically rooted celebration held annually in the city of Pamplona, Navarra, in northern Spain.

Fermín is said to have been the son of a Roman of senatorial rank in Pamplona in the 3rd century who was converted to Christianity by Saint Honestus, a disciple of Saint Saturninus.

According to tradition, he was baptized by Saturninus (in Navarre also known as Saint Cernin) at the spot now known as the “Small Well of Saint Cernin” Fermín was ordained a pri 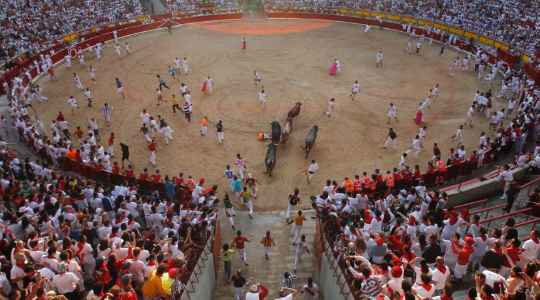 est in Toulouse and returned to Pamplona as its first bishop.

On a later preaching voyage, Fermín was dragged to death; and is now considered a martyr in the Catholic Church.  It is believed he died on September 25, AD 303. There is no wr

itten record of veneration of the Saint in Pamplona until the 12th century.

Saint Fermín, as well as Saint Francis Xavier, are now the two patrons of Navarre. In Pamplona, Saint Fermín is now sometimes said to have met his end by being dragged through the streets with angry bulls running after him, hence the tradition. The celebration of the festival has its origin in the combination of two different medieval events.

Commercial secular fairs were held at the beginning of the summer. As cattle merchants came into town with their animals, eventually bullfighting came to be organized as a par

t of the tradition. Specifically, they were first documented in the 14th century.

On the other hand, religious ceremonies honoring the saint were held on October 10. However, in 1591 they were transferred to July 7 to take place at the same time as the 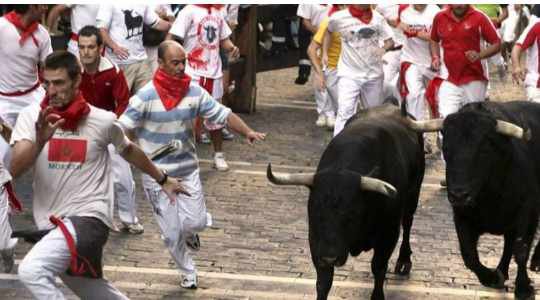 fair, when Pamplona’s weather is better.

This is considered being the beginning of the Sanfermines. During medieval times acts included an opening speech, musicians, tournaments, theatre, bullfights, dances, or even fireworks. 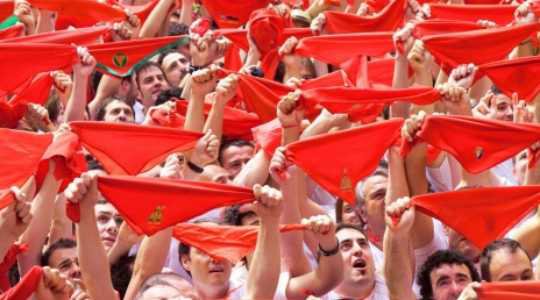 dissolute behavior during the event.

The Running of the Bulls, or the Encierro as it is called, is usually considered the main attraction of the festival. This event allows anyone to actually run in the streets with bullfighting bulls as they are moved from a corral to the bullfighting ring each morning.

YOU MAY ALSO LIKE  SAD MOOD! Ole Solskjaer Reveals Who Is To Blame For Man United’s Embarrassing Defeat At Newcastle

This event starts at 8:00 am and brings in a few thousand runner

s each day. This event can be very dangerous and usually brings about 200-300 injuries a year, most of which are not serious.

However, pileups and gorings may be fatal. A fallen runner can get trampled by people or bulls.  However, since bulls are attracted to motion, a runner that falls in front of a bull should stay down and protect his or her head and neck.

The post CRAZY!! See This Place In Spain Where Bulls Running Is A Thing, Sometimes It Gets Really Dangerous!! appeared first on illuminaija.