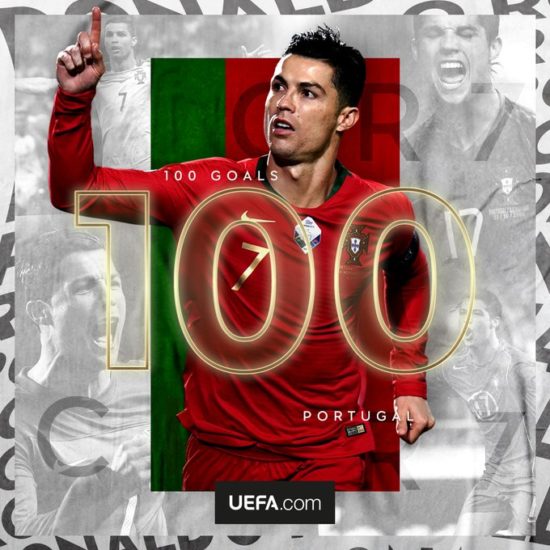 Portugal and Juventus superstar, Cristiano Ronaldo, has reached another milestone, as he became the second football player to ever score 100 international goals.

At the age of 19, Ronaldo scored his first international goal at Euro 2004.

Watch the video of Ronaldo’s goal below.

The post Cristiano Ronaldo reaches another milestone with 100 international goals appeared first on .