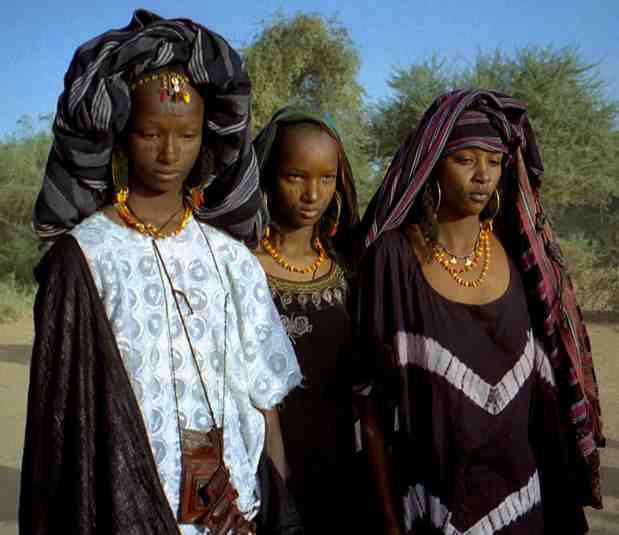 In many cultures, it’s customary for the women to take extensive measures to appear beautiful to the eligible bachelors. However, it’s the men of the Wodaabe culture who are responsible for beautifying themselves to attract a woman.

The Wodaabe gather for an event known as the Gerewol, which celebrates the fertility the rains bring. The men paint their faces with red ochre, use yellow clay to paint patterns and black to darken their lips and emphasize their eyes.

Elaborate headdresses and outfits are worn and the men dance to win a lover, which brings to mind the images of dancing blue-footed boobies in the Galapagos! 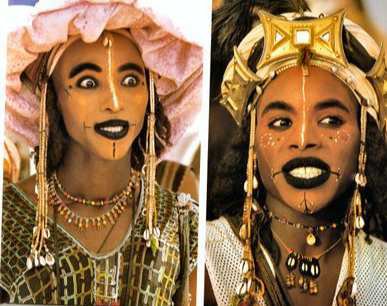 The Wodaabe or Bororoare a small subgroup of the Fulani ethnic group. They are traditionally nomadic cattle-herders and traders in the Sahel, with migrations stretching from southern Niger, through northern Nigeria, northeastern Cameroon, and the western region of the Central African Republic.

The number of Wodaabe was estimated in 1983 to be 45,000. They are known for their beauty (both men and women), elaborate attire, and rich cultural cerem

YOU MAY ALSO LIKE  UPDATE! Kogi Polls, Wife Of Deputy Governor Attacked (Photos) 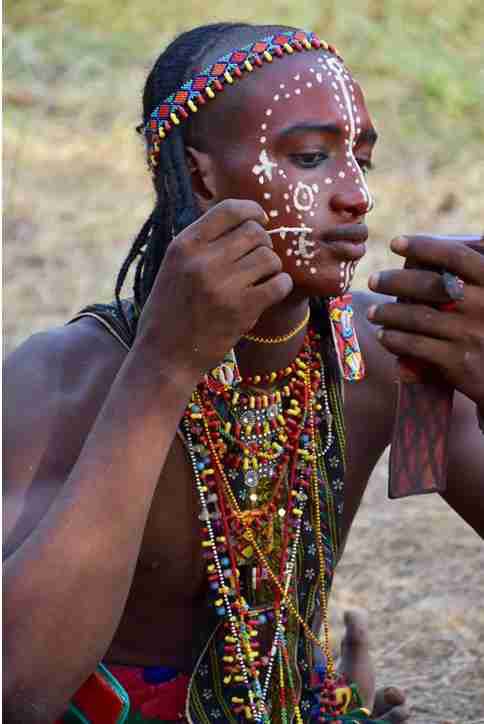 The Wodaabe speak the Fula language and don’t use a written language.  In the Fula language, woɗa means “taboo”, and Woɗaaɓemeans “people of the taboo”. “Wodaabe” is an Anglicisation of Woɗaaɓe.

This is sometimes translated as “those who respect taboos”, a reference to the Wodaabe isolation from broader Fulbe culture, and their contention that they keep 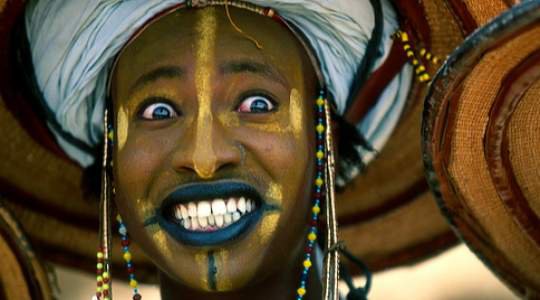 “older” traditions than their Fulbe neighbors.

In contrast, other Fulbe and other ethnic groups sometimes refer to the Wodaabe as “Bororo“, a sometimes pejorative name, translated into English as “Cattle Fulani”, and meaning “those who dwell in cattle camps”.

By the 17th century, the Fula people across West Africa were among the first ethnic groups to embrace Islam, were often leaders of those forces which spread Islam, and have been traditionally proud of the urban, literate, and pious life with which this has been 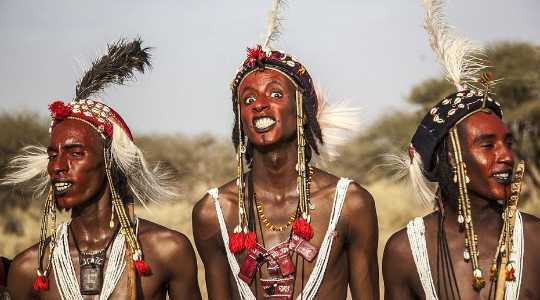 Both Wodaabe and other Fulbe see in the Wodaabe the echos of an earlier pastoralist way of life, of which the Wodaabe are proud and of which urban Fulbe are sometimes critical.

The Wodaabe culture is one of the 186 cultures of the standard cross-cultural sample used by anthropologists to compare cultural traits.

The post CROSS-DRESSING!! See This Place In Niger Where It Is Legal For Men To Cross-Dress! appeared first on illuminaija.