Popularly known by his stage name Don Darrow, Macdarrow Obiora is undoubtedly one of Nigeria’s favorite Artiste who was born and raised in the city of Port Harcourt in the early 90’s to a family of five. The artist who hails from Orumba North local government area of Anambra State, is a dignified graduate of the prestigious Federal Polytechnic, Nekede where he studied Quantity Surveying.

Getting recognition across the country, He has never seized to be at his best particularly during his live performances. Having succeeded in winning the heart of many Nigerians this promising act has taken it upon himself to be a server of good music. His songs are undoubtedly one of the country’s most trending songs in every nook and cranny of the streets.
Also called “Sabi boy”, Don Darrow has ever since possessed an unquenchable thirst for lyrics delivery and have always wanted to be in spotlight from a very tender age. Starting off as a dancer, he professionally embarked on his musical journey in the year 2014. And since then, his career has took a different dimension as his art have been privileged to work with the likes of Livingstar, Tommybeatz, Miconbeatz & currently, Wizzypiano.
YOU MAY ALSO LIKE  [Music] Mercy Chinwo – Akamdinelu

He recently got featured at the Plugged Music Festival in December 2017 where he shared the stage with top acts like Flavour, Kiss Daniel, IllBliss and Mayorkun etc. He was also nominated in the Bae Awards under the “Best New Artiste” category in same year.
He has been on popular radio stations in Port Harcourt such as Rhythm FM, Wave FM, Love FM, Excel FM & Radio Rivers FM and even outside the state Trend FM, Quest Radio FM for interviews and his hit songs “Forever” as well as the Port Harcourt anthem “You Sabi The Tin” has gained airplays in these stations both in Port Harcourt, Bayelsa and Delta State. Surprisingly, with a youthful energetic vibe difficult to resist, Don Darrow sure knows how to thrill his audience with a mind blowing performance to elating to ignore.
For features, bookings and sponsorships, contact via e-mail: itsdarrow@gmail.com
Connect with Don Darrow via:
Twitter: @don_darrow
Instagram: @don_darrow
Facebook: Don Darrow
Facebook Page: Don Darrow Official 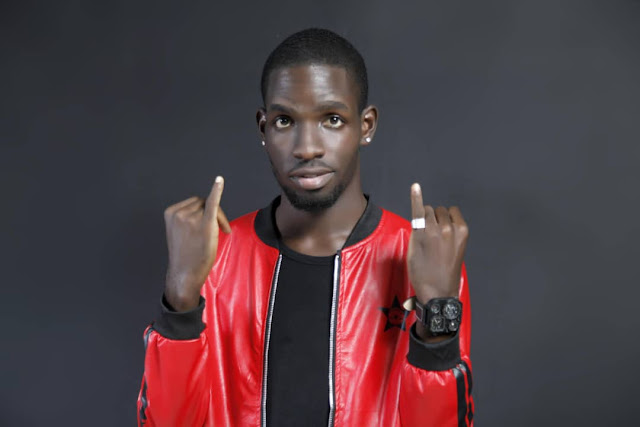