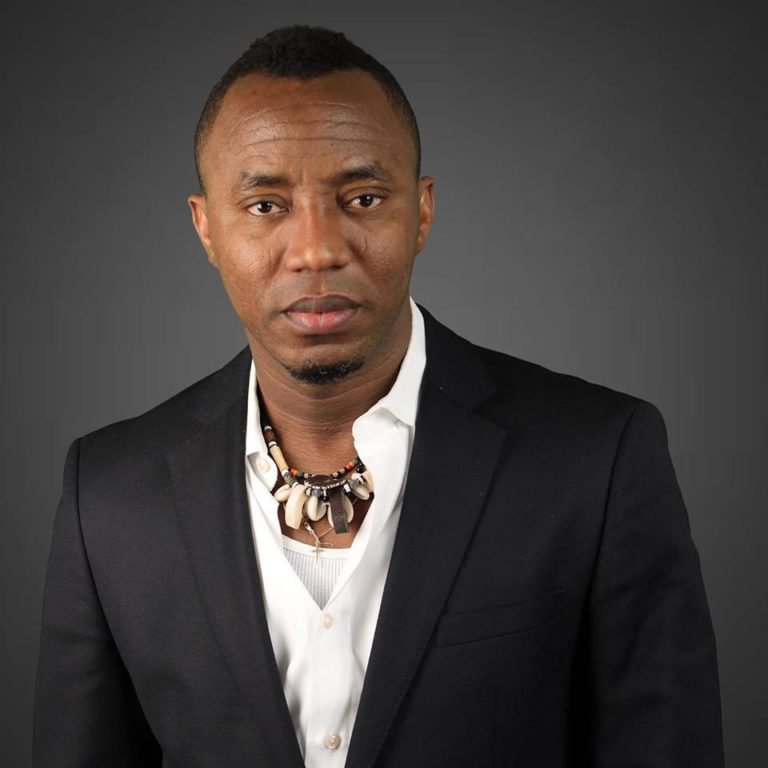 Pastor Ibiyeomie in a viral video from his Sunday service, blasted Daddy Freeze, warning him not to ever insult Oyedepo or talk about him.

Reacting to his outburst, Sowore wrote;

There is practically no difference between bigots of all religious shades, the passion to suppress, kill, destroy, harass and intimidate anyone standing the way of their well concocted but highly concealed agenda is not different whether in Kano or Rivers!

These energies could have been used to liberate our country #RevolutionNow 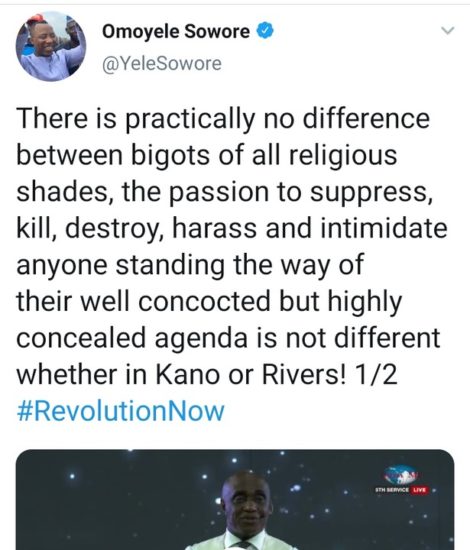