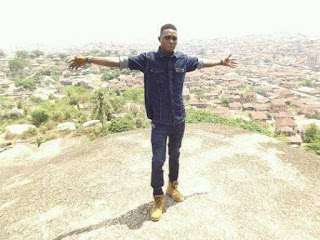 Damilare David Egbebi (Popularly known as Damilare Drayo) was form Ilaro Ogun State.
Damilare Drayo is an up coming hip hop artist, (Singer, Raper and Song writer) he has drop a lot of dope singles which can be found on Google search engine.
He has featured a couple of A-List Artistes. He recently dropped a hit song titled: ENU IBE, he move forward again drop another dancehall feature Dre San and title that one CODEDLY.
And another dope love song title LONELY.