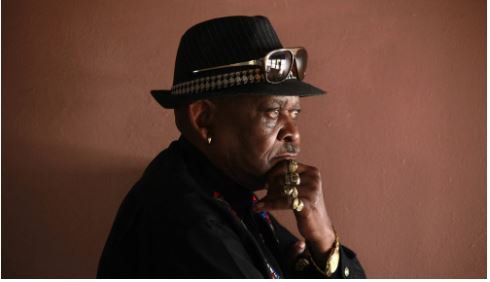 Darlington Michaels has been off the screen since 2016 after it was reported he is suffering from stroke.

Well, the star is finally back as he would return to do what he does best.

Mzansi Magic’s new television series Vula Vala will be having their favorite back on screen.
He said: “I suffered a stroke and this forced me to take a break from work, and focus on my health. My screen time was cut short because of the stroke,” he said.

Darlington continued: “I’m making progress in terms of healing, and I’ll get there eventually. I returned to TV because this is what I love. I’d like to assure my fans that I’m back for good. It feels great to be back and doing something I’m passionate about. I play a hustler by the name of Gap who runs an illegal gambling ring and lives in a back room in Soweto.”

Papa G was flashy and rich who wore bling and spoke tsotsi Afrikaans, but his new character is nothing like him. Speaking on the telenovela who he had been with for 21 years, he was left disheartened when it got canned. He then added that he will be forever grateful because that’s partly where his career took off.

YOU MAY ALSO LIKE  Nigerian Police Ambassador, Korede Bello Reacts To Series Of Police Brutality Across The Country

“This was the show that launched my career, and to see it end was so disheartening. But I understand the SABC is running a business. I’ve grateful for the support my fans have shown me. I didn’t mean to be a stranger. I was fighting for my life.”

Darlington revealed working with the youths is his passion stating that the youths has lost their focus.
“Working with the youth is my passion, – we know that the youth has lost focus. They do bad things like smoke nyaope. This play has rescued some of them.“
He also admitted that some of the parents of the kids were hesitant in letting their children take part in the play.
Although he has not appeared on our television screens since Isidingo got cancelled, Darlington has now assured fans that he will be making his big come back.

YOU MAY ALSO LIKE  Amo Chidi celebrates daughter, Reitumetse: “Motherhood has taught me to take in everything”

The post Darlington Michaels is back to the screen appeared first on illuminaija.