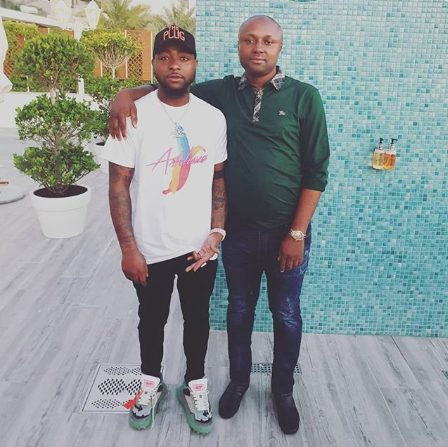 The internet became mildly violent in the early hours of this morning after Davido did not make an appearance at the JosChilling concert in Plateau last night.

Prior to the concert, organizers of the show announced they were bringing Davido to Jos as the headline act of the night which Davido confirmed on his social media pages just hours after the announcement. But fast-forward to the day of the show, the many people who have bought tickets, hoping to see Davido in action were disappointed as their hopes never came alive.

This made a lot of the disappointed crowd take to social media to express their disappointments and fury towards the OBO which has made it become a truly major topic on the internet. However, a representative of Davido who goes by the name Israel, has come out to clear the air and feed the public with the reason as to why Davido missed the show. Israel who happens to be Davido’s road manager within Nigeria has revealed the reason the show was missed is due to breach of agreement. He reveals the organisers were waiting for the completion of the show to pay the singer’s balance which was unacceptable. So Davido had to miss the concert for that reason.

He wrote; “WE COULDN’T APPEAR IN JOS AGAIN, BECAUSE THEY DIDN’T MEET UP OUR INITIAL AGREEMENT. WHO’S A FOOL? WHO PAYS BALANCE AGAIN AFTER SHOW? NOT IN THIS NIGERIA.”