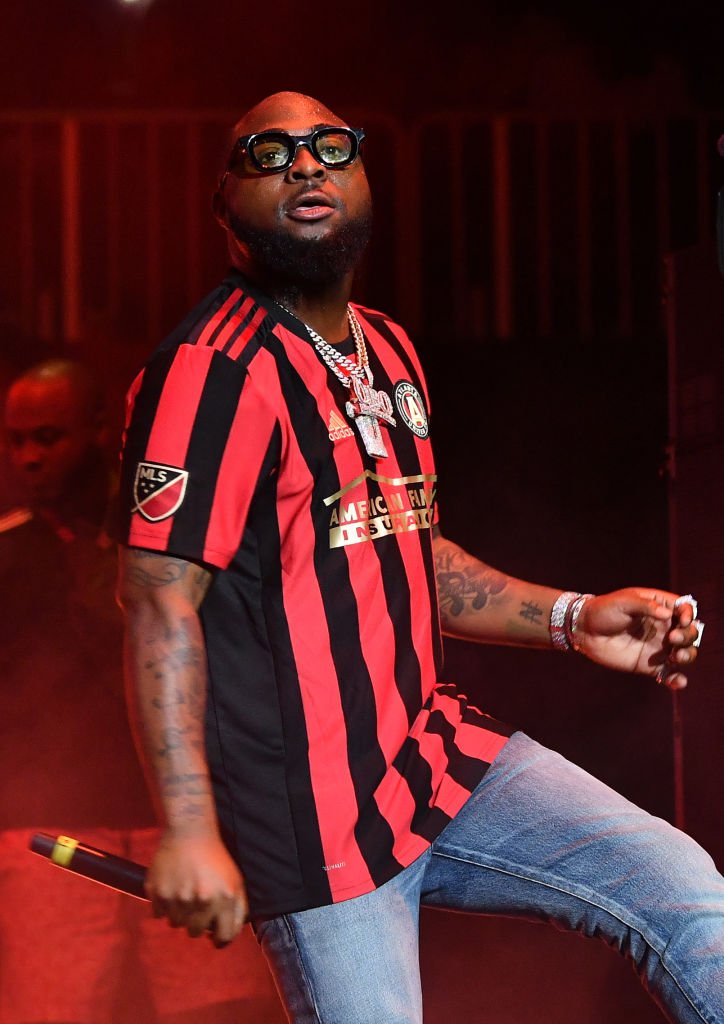 Have you seen the video making the rounds on social media?

It features Davido in a video adverting a Commonwealth of Zion Assembly (COZA) 2020 programme, alongside a little girl and an older woman.

Backlash to the video was swift, with social media users criticising Davido for featuring in a video promoting the church of the alleged rapist Biodun Fatoyinbo. 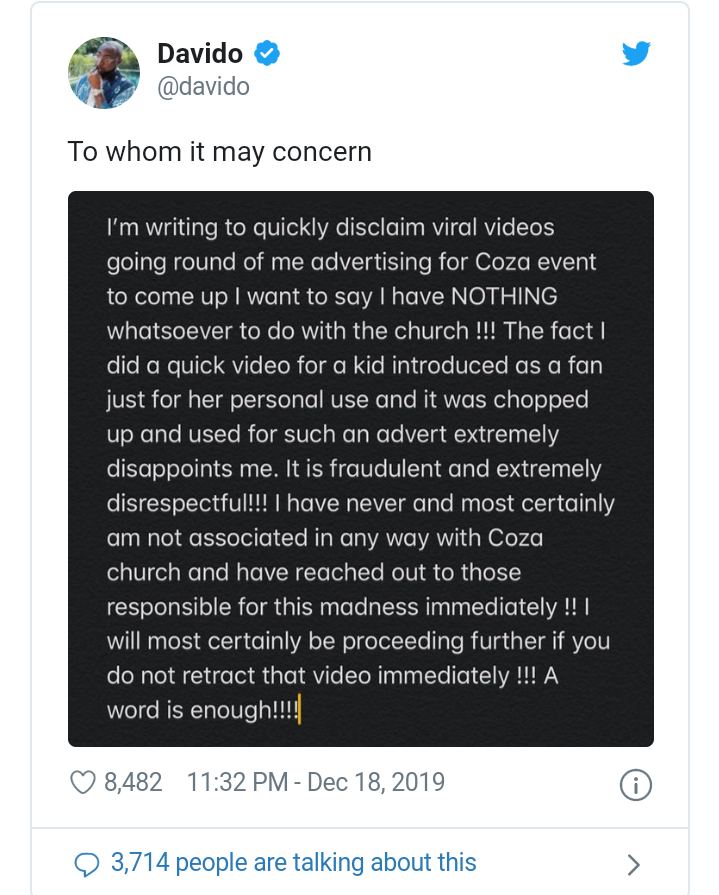 Biko who advised Davido to record this promotional video for COZA 12 days of Glory? Totally disappointed. You people should do better. Biodun Fatoyinbo we see your PR work with Davido, but the world knows who you’re. pic.twitter.com/fJa1Yvg4qJ

Davido is not some upcoming act that needs the money or controversy so he made a choice to stand with Biodun after all that has happened.

Nigeria artists are tone deaf. Serious brands are running away from Biodun Fatoyinbo but Davido feels the best thing at this point is to promote COZA 12 days of Glory. Naah, you guys got it all wrong. This is so distasteful, stop sharing your platform with a serial molester.

Well, Davido has come out to say he has “nothing whatsoever to do with the church.”

He shared a statement on his Twitter that said he did a quick video for a kid that was introduced as a fan, and he had no idea it would be used as a promotional video for a church.

“It is fraudulent and extremely disrespectful,” Davido wrote, adding that he’s reached out to the church to take the video down.

To whom it may concern pic.twitter.com/OMBlWNuWEo

And in a screenshot shared by @fisolalonge, Davido revealed that the little girl in the ad is the daughter of an associate, and he had been urged to feature in a video with her.

Looks like there won’t be need for Davido “proceeding further” though, as the video’s been taken down from Fatoyinbo’s Instagram, where it was shared.

The post Davido is Completely Dissociating Himself from COZA appeared first on .