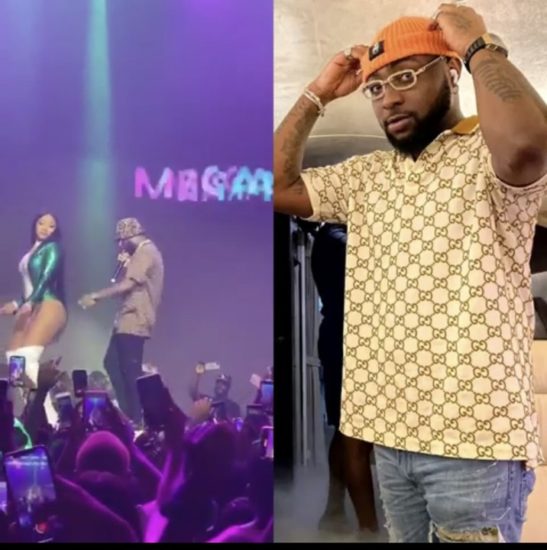 Davido Reveal His Reason For Not ‘Rocking’ Female Rapper, Megan On Stage

Davido has been the trending topic on every body’s feed on social media today after a video showed him away from a huge backside waiting for him on stage!

The singer performed with American rapper Megan thee Stallion on stage and suddenly she started twerking her humongous backside for him.

Davido remained a respectful distance from her a$$, and as she tried to move closer he literally ran away. He doesn’t want any problem with Chioma!

On social media, Davido is being given mad props for being respectful of his wife. As someone said – the fear of Chioma is the beginning of wisdom!

The singer has however reacted to the viral video, revealing that he is an EX HOTBOY. He shared the video on instagram with caption; “ExHotboy”.

The post Davido Reveal His Reason For Not ‘Rocking’ Female Rapper, Megan On Stage (Video) appeared first on .