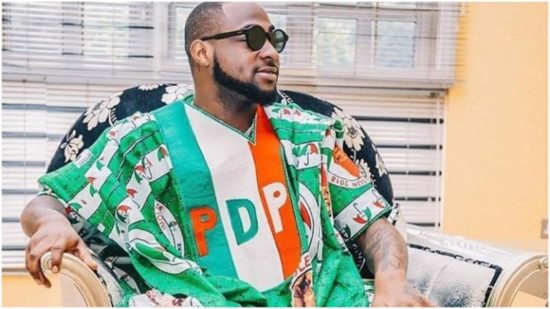 This comes after Obaseki maintained an early lead with over 50 thousand votes gap.

Godwin Obaseki, governorship candidate of the Peoples Democratic Party (PDP) dusted his All Progressives Congress (APC) rival, Osagie Ize-Iyamu, with over 14,000 votes, the PDP candidate also added over 36,000 votes to the gap in his early win.

YOU MAY ALSO LIKE  NL PREDICT!!! See The 5 Lucky Winners That Predicted Man United vs Liverpool Goal Scorer Correctly As They Win Their Cash Price

Reacting to this, Davido took to micro blogging platform, Twitter to celebrate with Obaseki.

The post Davido shares facetime session with Obaseki to celebrate his victory in Edo state appeared first on .