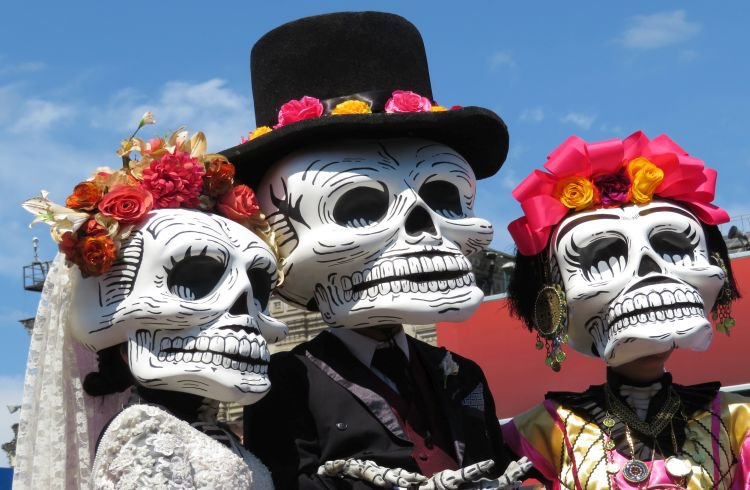 During this festival, offerings are made to the souls of ancestors. Shrines are built in homes to honor departed relatives and there are often all-night vigils at graves. Market stalls sell pan de Muertos and colorfully iced sugar skulls.

At Lago de Pátzcuaro there is a beautiful torch-lighting ceremony, festive dances, and a ceremony on Janitzio, an island in the middle of the lake.

The multi-day holiday involves family and friends gathering to pray for and remember friends and family members who have died, and helping support their spiritual journey. In 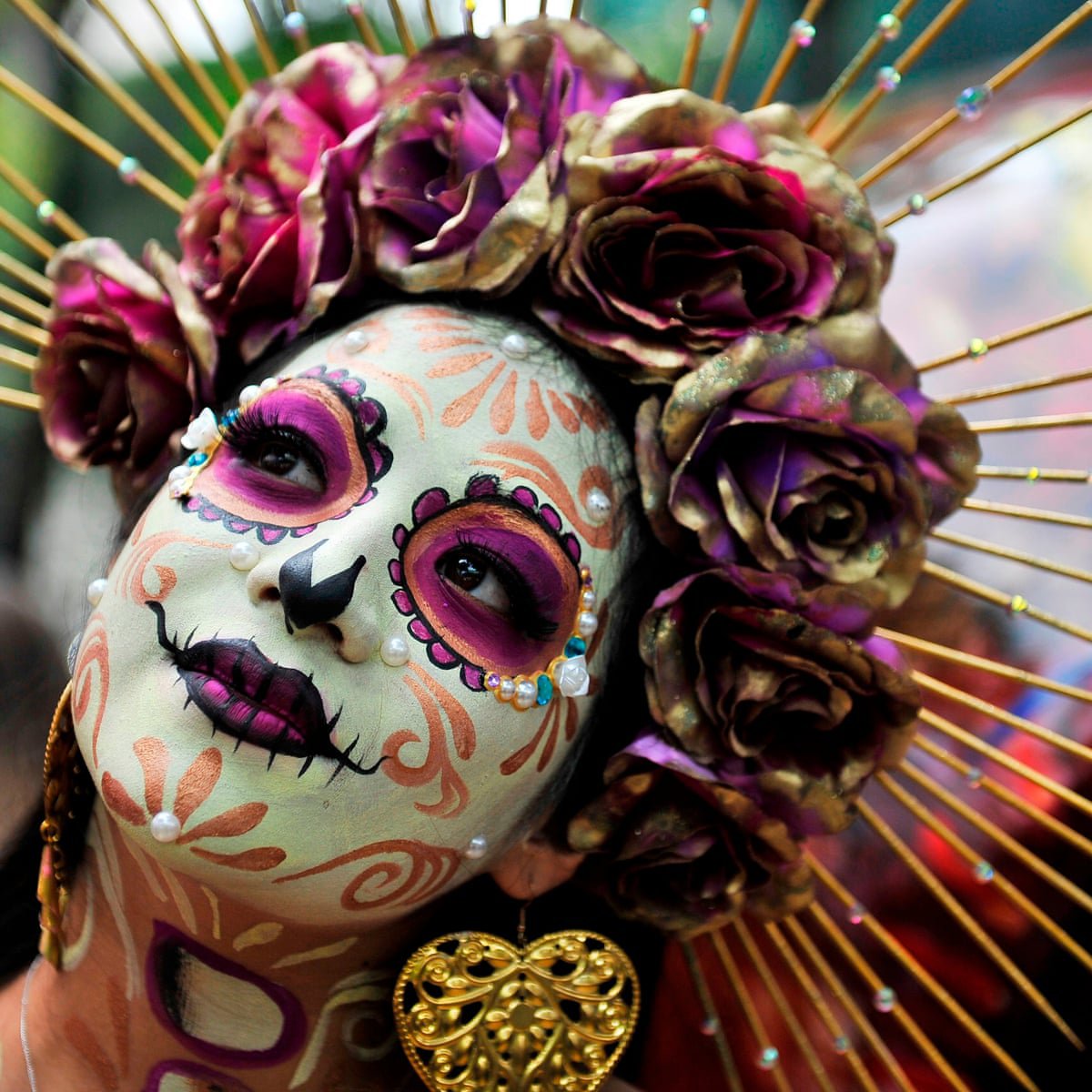 Mexican culture, death is viewed as a natural part of the human cycle.

Mexicans view it not as a day of sadness but as a day of celebration because their loved ones awaken and celebrate with them. In 2008, the tradition was inscribed in the Representative List of the Intangible Cultural Heritage of Humanity by UNESCO.

The holiday is sometimes called Día de Los Muertos in Anglophone countries, a back-translation of its original Mexican name, Día de Muertos.  It is particularly celebrate 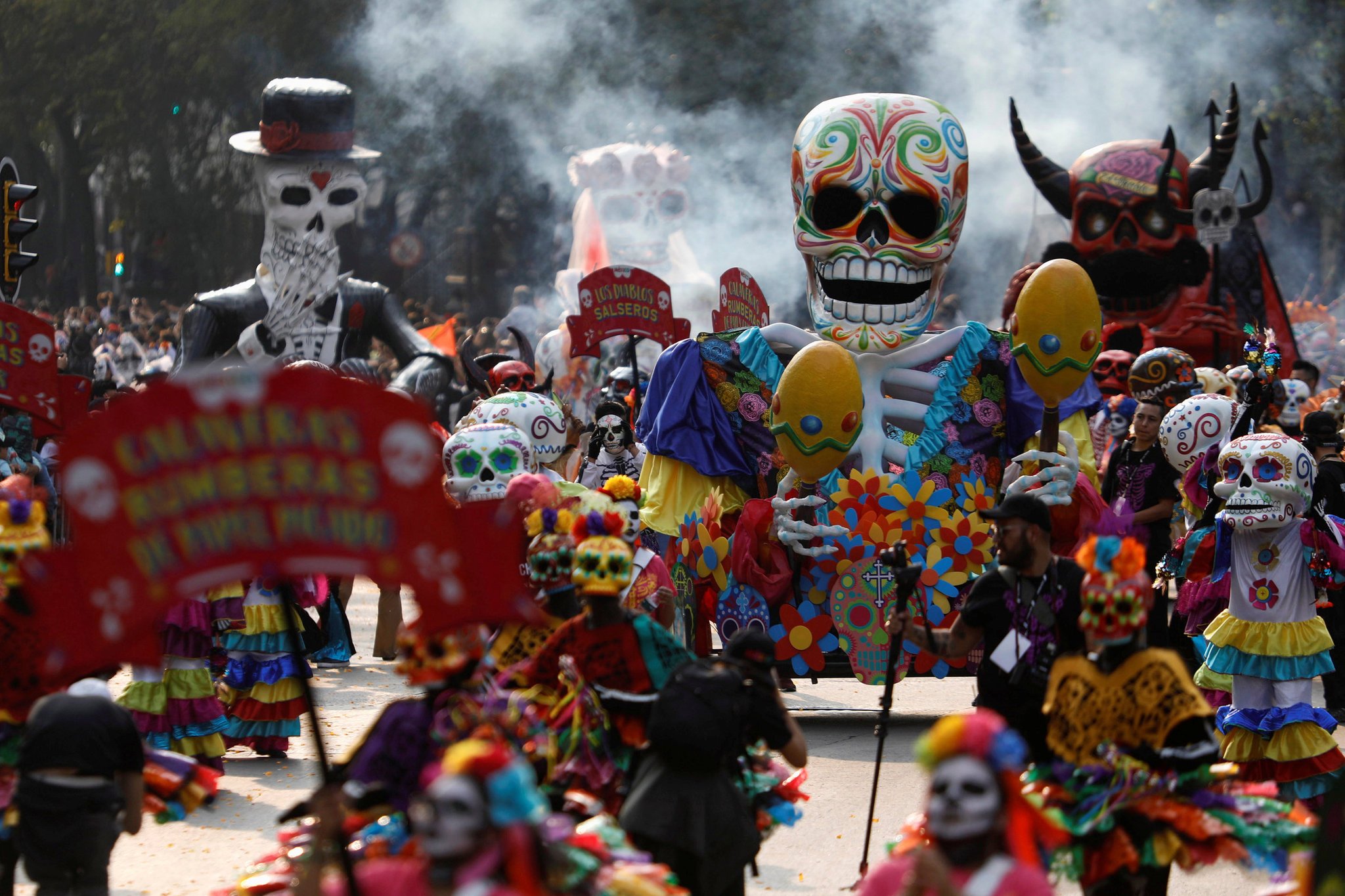 d in Mexico where the day is a public holiday. Prior to Spanish colonization in the 16th century, the celebration took place at the beginning of summer.

Gradually, it was associated with October 31, November 1, and November 2 to coincide with the Western Christian triduum of Allhallowtide: All Saints’ Eve, All Saints’ Day, and All Souls’ Day.

Traditions connected with the holiday include building home altars called ofrendas, honoring the deceased using Calaveras, Aztec marigolds, and the favorite foods and b 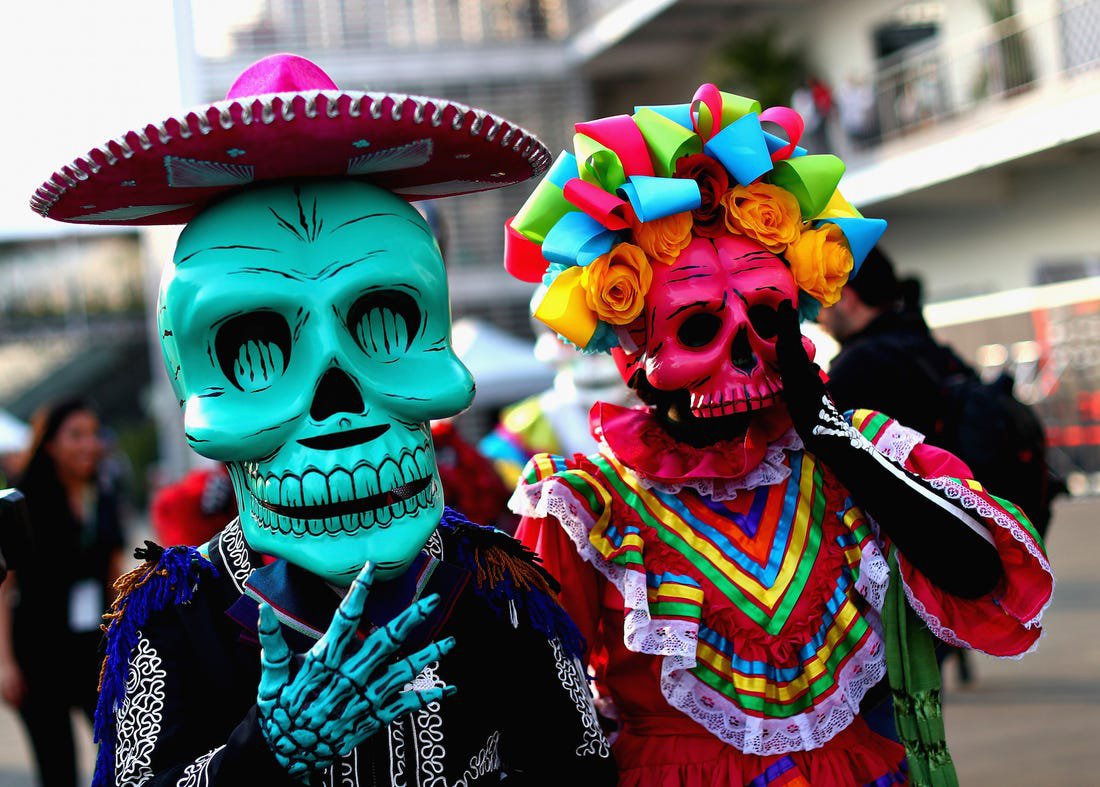 everages of the departed, and visiting graves with these as gifts. Visitors also leave possessions of the deceased at the graves.

Scholars trace the origins of the modern Mexican holiday to indigenous observances dating back hundreds of years and to an Aztec festival dedicated to the goddess Mictecacihuatl.

It has become a national symbol and as such is taught (for educational purposes) in the nation’s schools. Many families celebrate a tra 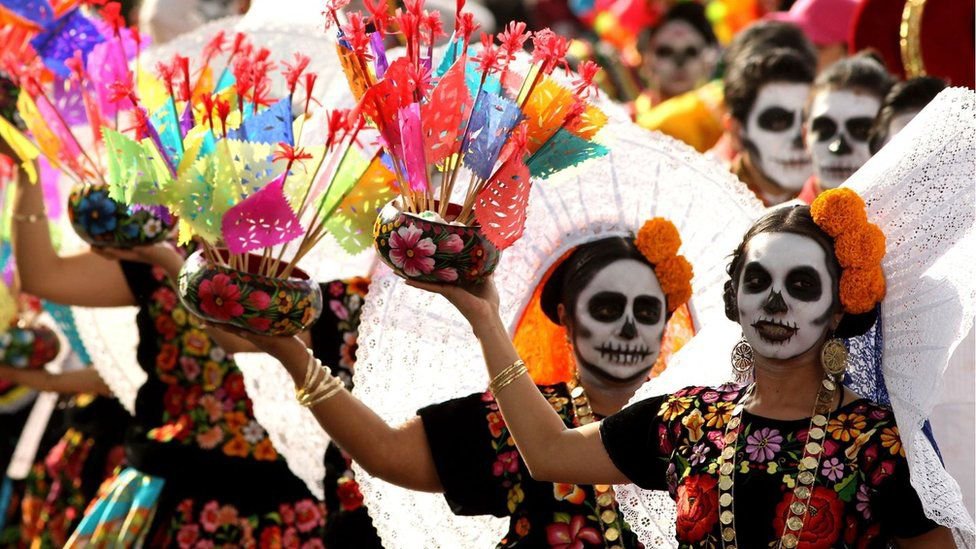 ditional “All Saints’ Day” associated with the Catholic Church.

Originally, the Day of the Dead as such was not celebrated in northern Mexico, where it was unknown until the 20th century because its indigenous people had different traditions. The people and the church rejected it as a day related to syncretizing pagan elements with Catholic Christianity. 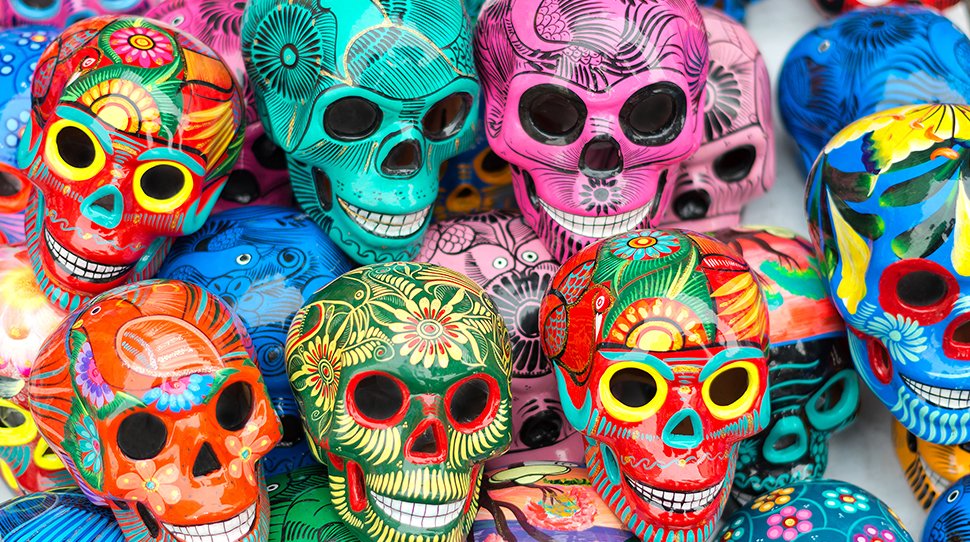 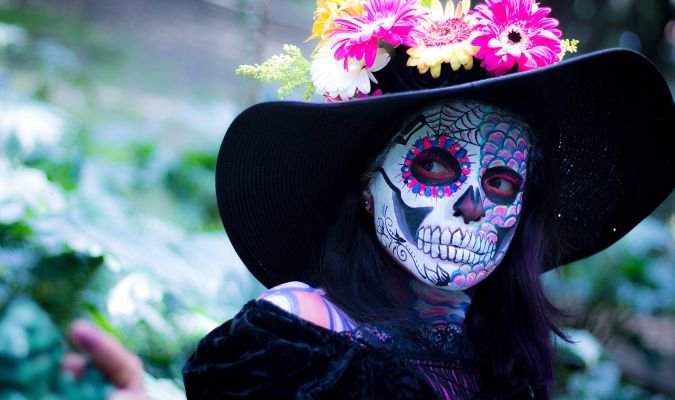 traditional “All Saints’ Day” in the same way as other Christians in the world. There was a limited Mesoamerican influence in this region, and relatively few indigenous inhabitants from the regions of Southern Mexico, where the holiday was celebrated.

In the early 21st century in northe 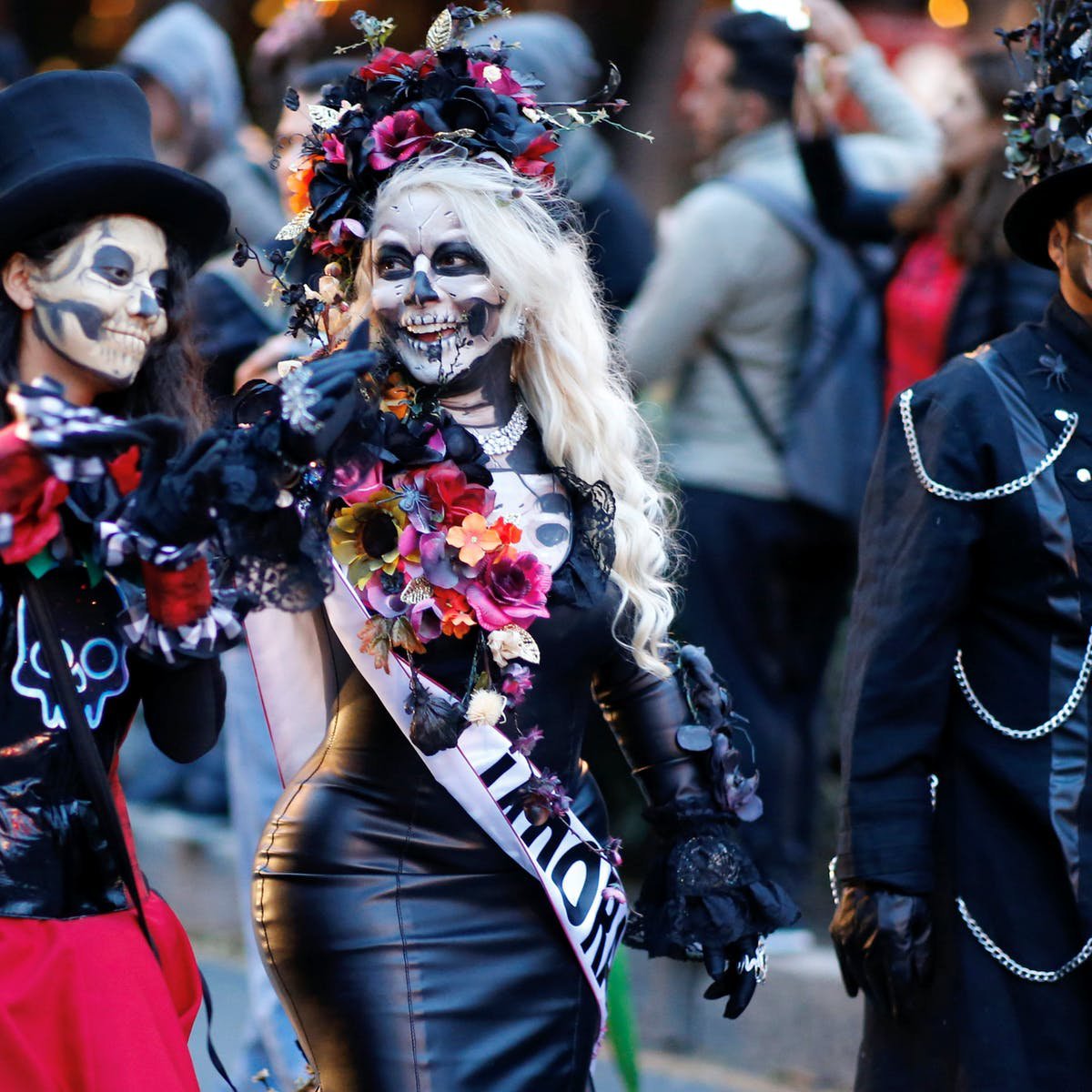 rn Mexico, Día de Muertos is observed because the Mexican government made it a national holiday based on educational policies from the 1960s; it has introduced this holiday as a unifying national tradition based on indigenous traditions.

The post DAY OF THE DEAD! Did You Know Mexico Celebrates The Dead On The Ist And 2nd Of November, They Make Offerings To The Souls Of Their Ancestors appeared first on illuminaija.