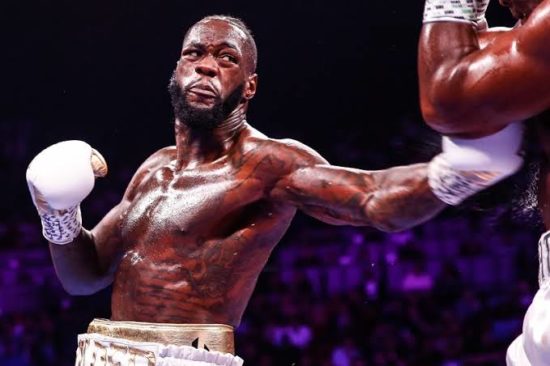 Anthony Joshua defeated Andy Ruiz over the weekend, which won him back his belts that Ruiz had collected when he defeated Joshua in this past June

In a recent interview with TMZ, Deontay Wilder slammed Joshua for his fighting style and insinuated that it was actually quite cowardly.

“He didn’t want no engagement,” Wilder said. “He was just scared. You got a 6-inch height advantage, you got an 8-inch reach advantage. Why is you running from the smaller guy?”

Wilder went on to say that he would destroy Joshua in a potential fight and that he knows it wouldn’t be particularly close. These two have completely different styles and Wilder thinks his punching power will be too much to handle.

“He definitely don’t want me, for sure. I live in his dreams, I’m his worst nightmare,” Wilder said. “A lot of people read into [Joshua’s] bulls**t and we can understand and identify and we know it’s bulls**t coming out of his mouth. We just don’t have enough toilet paper to wipe it as it comes.”

Who do you think would win a fight between these two?

YOU MAY ALSO LIKE  Fan Sheds Uncontrollable Tears After Meeting Rema A Show In Abidjan, Côte d’Ivoire