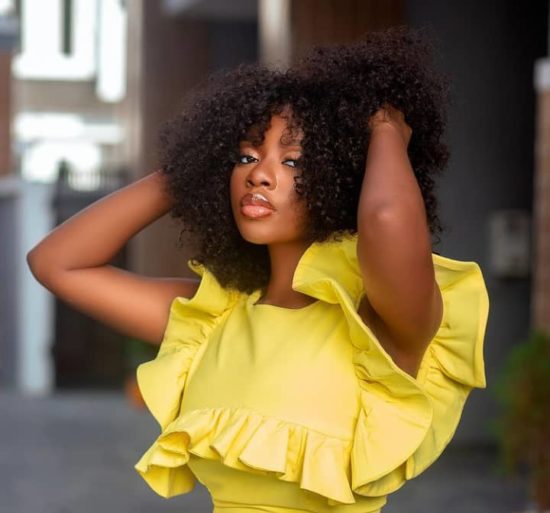 Former Big Brother Naija housemate and beautician, Diane Russet has cautioned an insensitive troll who said she looks like a cancer patient on her new haircut.

The reality star had taken to her official Instagram page recently and shared an audivisual advert in which she was completely bald.

While most of her industry colleagues expressed shock over her decision to go bald, a lady said she looked like a cancer patient on her new hairstyle.

Replying the troll, Diane lampooned her for being insensitive. She expressed over how people troll others and would be the first to react when something happens to the people they trolled.

YOU MAY ALSO LIKE  Kogi Election: Corper Who Lost His Life To Thugs Buried Amidst Tears (Disturbing Photos)

Writing further, she asked people to be nicer with their comments on people’s posts as they don’t know what people pass through on daily basis.

See their exchange below…. 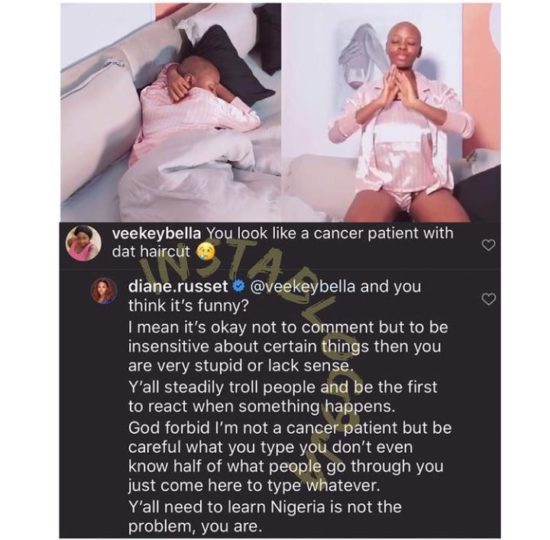 The post Diane Russet shows off her new haircut; Did she hit or miss? (Photos) appeared first on .