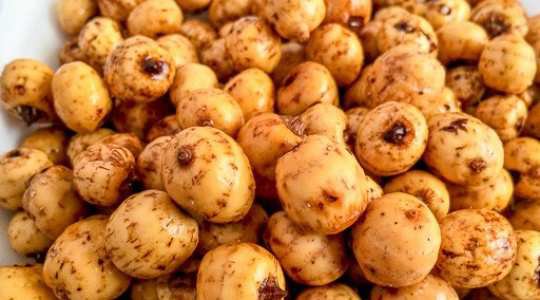 We all grew up seeing these fruits around the corner of the street, but did you know their English names? You probably didn’t know the names of these popular Nigerian fruits

Some fruits that originated in West Africa were either given a traditional name or an invented name. You probably didn’t know the real names of these popular Nigerian fruits. These are five of the most common fruits and their botanical or English names.

Black velvet tamarind (dialium guineese) can be found in may west African countries and goes by different names. In Nigeria, it is called awin (Yoruba), icheku (Igbo), tsamiyar kurm (Hausa) while in Ghana it is called yooyi. 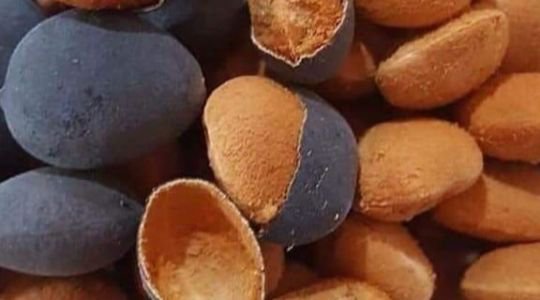 It has a black velvety thin shell with an orange “powdery” pulp covering a tiny hard seed. The taste is sweet and acidic or tart. It is also commonly known among children as “lickie lickie”.

To release the fruit from the shell, squeeze it between your fingers and the thin shell will crack open releasing the pulp inside. It is a little time-consuming but very much worth the effort. 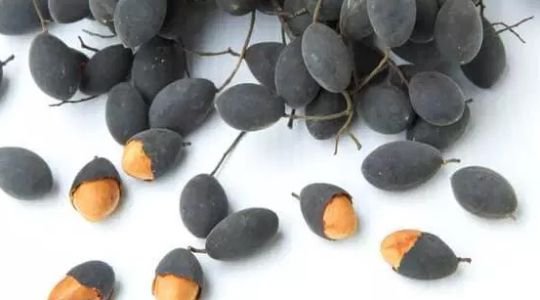 This delicious fruit is referred to as “fruit” and can be found in many parts of Southern Nigeria. The real name for the fruit is actually “tropical almond” (Terminalia catappa). Of course, nobody calls it that in Nigeria, or ever will.

Tropical almond grows in Nigeria and other parts of Africa, as well as in Asia and some parts of Australia. The tree is recognized with its distinctive canopy. It is often planted as a shade tree in Nigeria.

YOU MAY ALSO LIKE  OMG!! Road Safety Officials Beat Man To Death Over Bribe, Bury Corpse Inside Bush 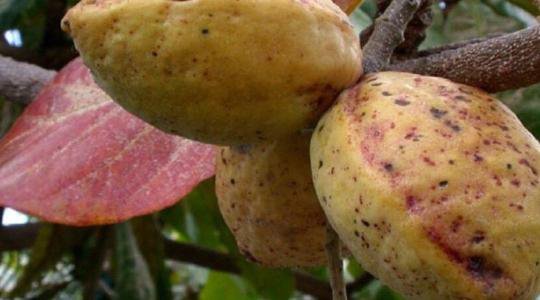 The fruits of tropical almond are green at first and then turn yellowish as they mature and get ripe. Depending on the cultivar, some fruits can be red in the inside and some white.

Inside the fruit is a single seed that looks just like a regular almond nut. Both the fruit and the seed are edible. Some varieties of the tropical almond are sweeter than others, but kids generally describe this fruit as “very sweet”.

The rose apple isn’t like the ordinary apple, in fact, they belong to the same family as apricots, plums, cherries, peaches, pears, raspberries and almonds. Unripe rose apples have a bright green colour while the ripe ones are pink in colour.

It is also rich in non-nutritive substances like polyphenols. All these nutrients work together to keep the body healthy and prevent many illnesses. 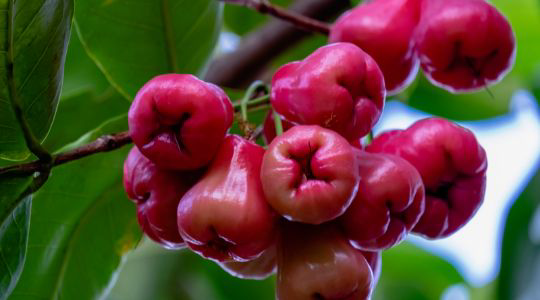 Consumption of rose apple has many health benefits. In India, this fruit is regarded as a tonic for the brain and liver. It is beneficial for those that are suffering from diabetics. This rose apple is commonly referred to as “Local Apple”.

The African Star Apple is a fruit native to West Africa and is particularly prolific in Nigeria, Republic of Benin, Togo and Ghana. It occurs seasonally in West Africa between the months of December to April, and is known by a few names; Agbalumo, Udara, Udala etc.

Traditionally, the fruits are not harvested from the trees but allowed to fall naturally off the tree before they are picked. The African Star Apple is usually eaten raw, as a snack. Some of the most noticeable properties of the African Star Apple are its colour and its taste. 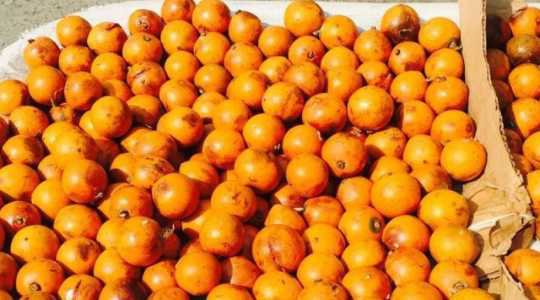 The African Star Apple is a bright orange fruit that has got 4 to 6 seeds within it. The seeds lie side-by-side within the fruit, such that when the fruit is cut on a cross-section, the seeds are arranged in a star formation, hence the name of the fruit.

You would be more successful finding this fruit in Nigeria if you call it Agbalumo (Yoruba) or Udara (Igbo). Some people also call it “African Cherry”. 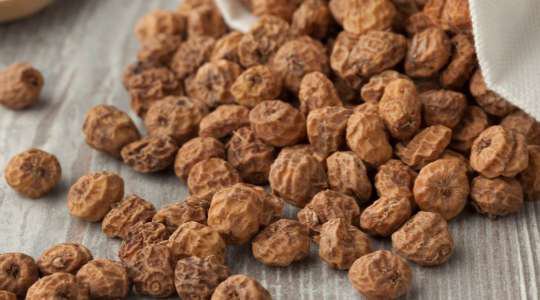 This fruit is popularly known as Aki Hausa in the Southeast, in the North and Ofio in the Southwest. The name “Tiger nut” is gradually becoming popular amongst Nigerians though.

The post DID YOU KNOW? Here Are Popular Fruits From Nigeria That You Probably Have Been Calling The Wrong Name appeared first on illuminaija.