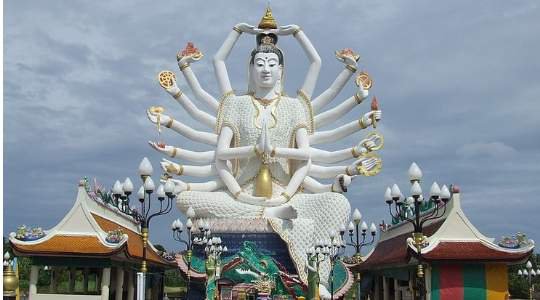 In Thailand, it’s common to believe in paranormal spirits. This alone is not particularly extraordinary. The same is true of people in Iceland, Taiwan, the United States, and many cultures around the world.

But Thailand is unique in its melding of spirituality and cuisine. To appease the spirits in Thailand, skip the somber incantations or s 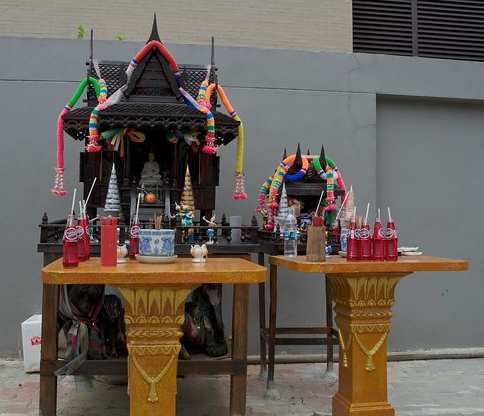 pells. These ghosts prefer snacks. There is a generally agreed-upon menu of ghost-friendly food and drink offerings.

Rice and plain water will do in a pinch (or if you’re broke). But Thai spirits would much rather receive bananas or coconuts. Better 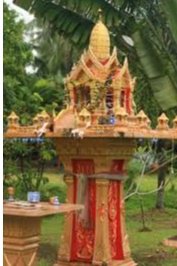 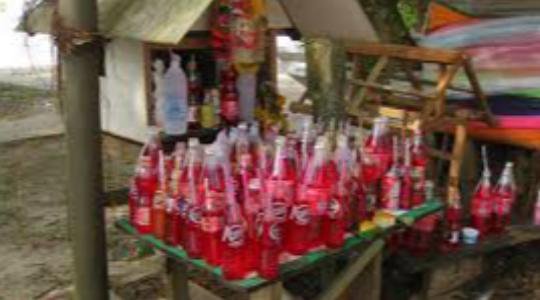 malign spirits at bay. The popularity of red Fanta offerings has existed for decades.

Opinions as to “why Fanta?” vary. Most point to the significance of the color red, reminiscent of animal sacrifice, or perhap 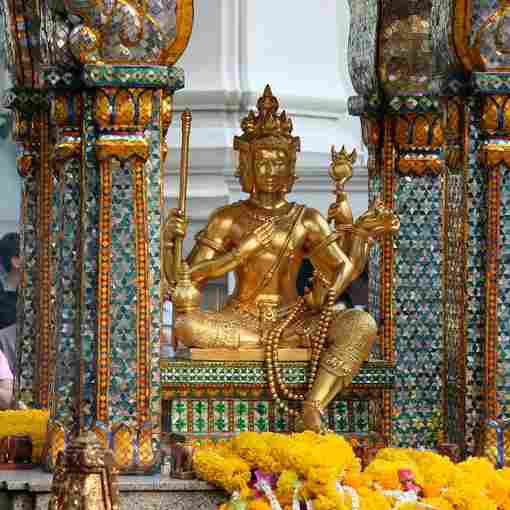 s related to the practice of anchoring red incense sticks in a glass of water which promptly tints the water red.

Sweetness is explained by the observation that sweet spirits naturally have sweet tooths. Strawberry Fanta is among the most popular food offerings presented to Thai ghosts if not the most popular.

It’s hard to think of another case in which corporate junk food and the occult are so deeply intertwined. Walk the streets of 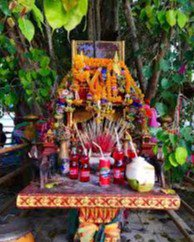 Each Fanta is situated before what looks like an enchanted dollhouse, all glittery and golden, perched on a chest-high pedestal. This is a “spirit house.” Every home in Thailand, shack and mansion alike, is accompanied by a little spirit house.

It’s like a parlor where friendly ghosts congregate and receive free fruits and sodas. (Humans will leave these blessed treats alone stealing from a ghost is begging for bad luck but tropical ants are less deferential.) 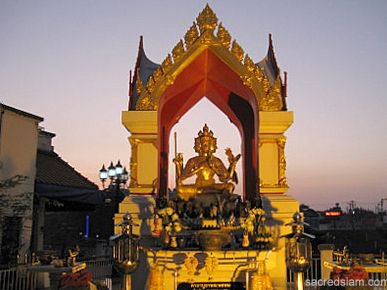 Fanta and benign ghosts will gather ’round to defend your abode from demonic forces. Neglect them and they’ll flit away. That gives sinister spirits a chance to claim squatter’s rights and start raising hell.

YOU MAY ALSO LIKE  Video: Omawumi – “Me Ke” ft. Kizz Daniel

Spirit house worshippers will sometimes rest incense sticks inside glasses of water, he says. The incense sticks sold in Thailand are colored red with cheap dye.

The dye, he says, sometimes melts into the water, tinging it red a 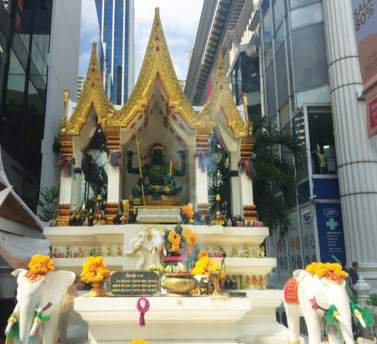 nd creating a mental association between red liquid and ghosts. The origins of Fanta’s spiritual aura may be fuzzy, Fukjidee says, but it is now impossible to dim.

He cautions Coca-Cola against ever attempting to use its marketing might to sever the mental link between ghosts and Fanta.

The post Did You Know That The Thai Community Offer Red Fanta To Their Gods? They Say Their Gods Prefer Snacks!! appeared first on illuminaija.