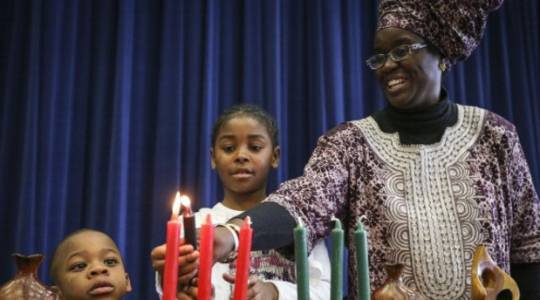 African-Americans honor their African heritage during Kwanzaa, a 7-day holiday from December 26-January 1. Observers celebrate by decorating their homes with African cloth and art.

Dr. Maulana Karenga introduced the festival in 1966 to the United States as a ritual to welcome the first harvests to the home. Dr. Karenga created this festival for Afro-Americans as a response to the commercialism of Christmas. 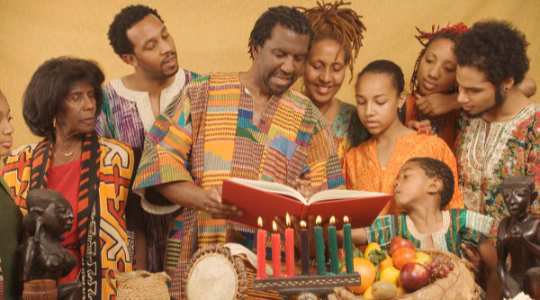 In fact, one might say that Kwanzaa has similarities with Thanksgiving in the United States or the Yam Festival in Ghana and Nigeria. The word “kwanza” is a KiSwahili (Kenya, Uganda, Tanzania) word meaning “first.”

Five common sets of values are central to the activities of the week: ingathering, reverence, commemoration, recommitment, and celebration. 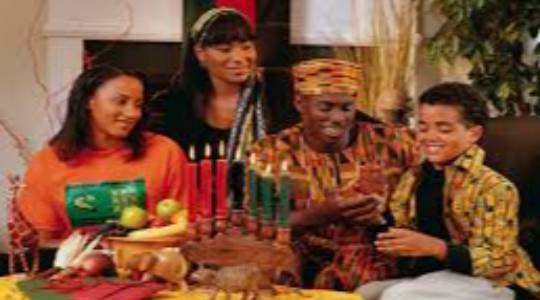 Each of the seven candles signifies the principles. Like the Jewish Hannakah, candles are used to represent concepts of the holiday. The symbols of Kwanzaa include crops (mzao) which represent the historical roots of African-Americans in agriculture and also the reward for collective labor. 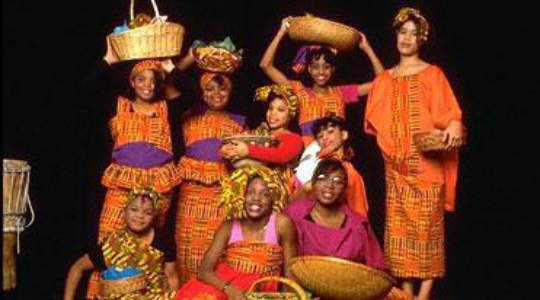 The mat (mkeka) lays the foundation for self- actualization. The candle holder (kinara) reminds believers of the ancestral origins in one of 55 African countries. Corn/maize (muhindi) signifies children and the hope associated in the younger generation.

Gifts (Zawadi) represent the commitments of the parents for the children. The unity cup (Kkimbe cha Umoja) is used to pour libations to the ancestors. 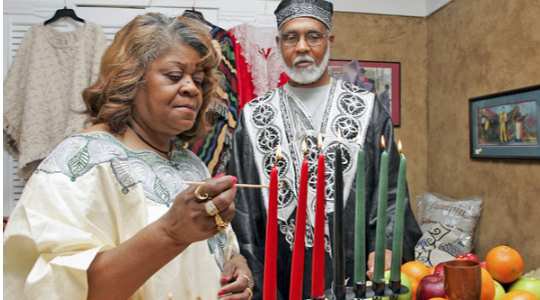 Finally, the seven candles (mishumaa saba) remind participants of the several principles and the colors in flags of African liberation movements 3 red, 1 black, and 3 green. Gifts are exchanged. 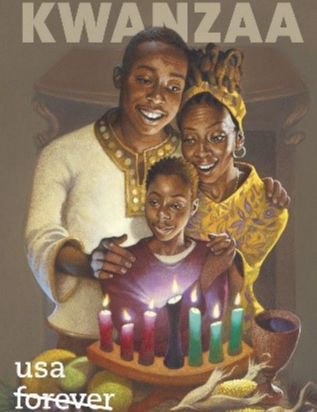 On 31 December participants celebrate with a banquet of food often cuisine from various African countries. Dr. Karenga created seven guiding principles to be discussed during the week of Kwanzaa.

The seven principles represent seven values of African culture that help build and reinforce community among African-Americans. Each day a different principle is discussed, and each day a candle is lit on the kinara (candleholder).

On the first night, the center black candle is lit, and the principle of umoja, or unity is discussed. On the final day of Kwanzaa, families enjoy an African feast, called karamu.

The post Did You Know There Is A Week In The U.S Where African-Americans Honor Their Heritage? See How! appeared first on illuminaija.