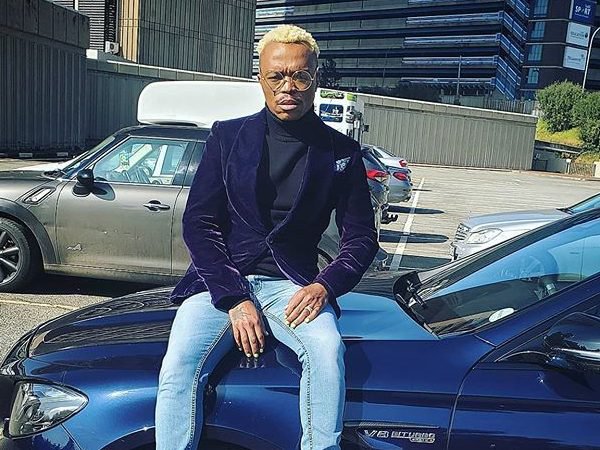 Somizi has been trending on social media for hours following the allegation that he stole the concept of his show, “Dinner At Somizi’s”.

The show which recently kicks off in July has had many South African celebrities on it.

The show is a cooking show but many beans has been spilled as the guests on his show make sure they talk about things most of their fans don’t know about.

Some of which are the likes of Pearl Thusi, DJ Zinhle, Jub Jub, Lerato Kganyago, Rami Chuene, Rebecca Malo, Zahara among others.

Many have shown their disappointment towards the star while others still can’t believe the news is true.

MultiChoice has confirmed that they are aware of the allegations that have been leveled against the show and have reached out to Hastings Moeng.

“When content is commissioned from producers, as in this case, MultiChoice obtains undertakings that all intellectual property rights in relation to the show have been cleared. We reached out to Mr Moeng a week ago to discuss the matter and we await his response,” MultiChoice spokesperson Benedict Maaga told Sowetan.

Maaga added the remaining episodes of the show will still be aired following the allegations.

“We are also engaging the show’s producer. This claim will not impact on the airing of the remaining episodes of the show.”

Reports emerged on Wednesday that the brain behind the show Hastings Moeng, sent an email to Somizi and Themba on July 28, 2014, proposing a cooking show Dinner Kwa Somizi.

“On 28 July 2014, Hastings Moeng proposed DinnerAtSomizis to Somizi & Themba. The description of the show is materially similar to the one now flighted (to the shock of Mr Moeng). See the 2014 email below and decide for yourself,” shared Eusebius McKaiser on Twitter.

YOU MAY ALSO LIKE  Must Read: Two Dead As Building Collapses In Lagos

The post “Dinner At Somizi’s” to continue despite theft allegation appeared first on illuminaija.