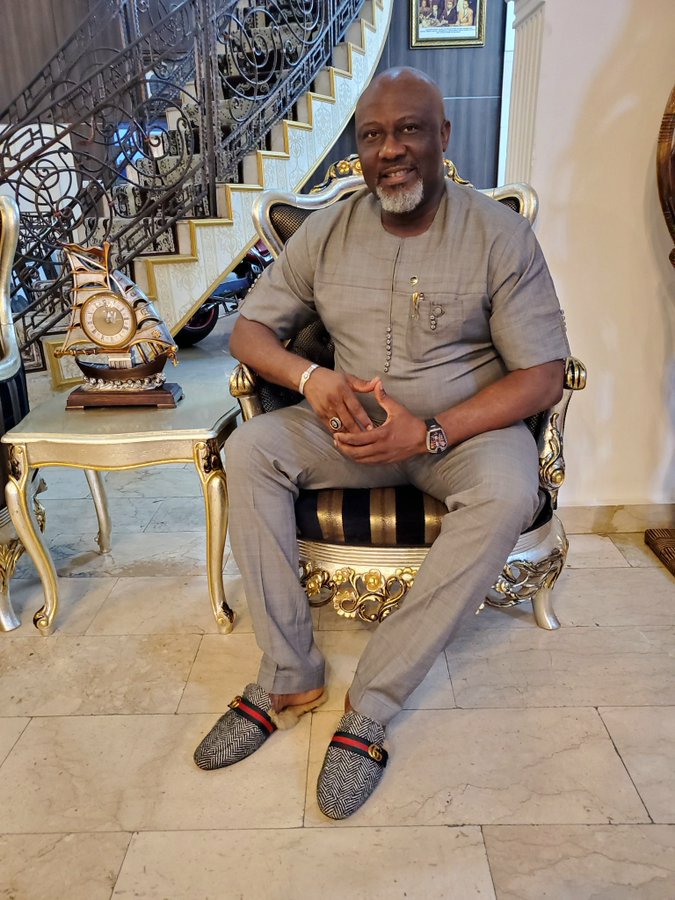 Amid whirlpool of controversies generated by the recent hike in the price of premium motor spirit popularly known as petrol, Dino Melaye has issued a caution note to Peoples Democratic Party (PDP).

The former lawmaker, in a tweet on Friday, September 4, urged the opposition party to step the slow gear in its response to the “mistakes” of the All Progressives Congress (APC)-led government.

The flamboyant senator, who represented Kogi West in the eighth National Assembly (NASS) before losing his senatorial seat to Adeyemi Smart in 2019, also claimed that APC is “speedily heading to the departure lounge.”Melaye raised an eyebrow against some of the policies of the Muhammadu Buhari-led government, warning PDP not to “interrupt” the ruling party which he said was heading towards “departure.”

YOU MAY ALSO LIKE  Policewoman killed in KZN business robbery

The former senator further emphasised that the ruling party is burying itself with the recent decisions taken by the president.

“Never interrupt your enemy when he is making a mistake. My advice to PDP. Allow APC to bury her self. APC is speedily heading to the departure lounge,” the former lawmaker said.

Earlier, Melaye vehemently decried the federal government’s order for the increase of petrol price to N151.56 per litre which has already taken effect in some states.

He described the move as wicked and insensitive and went on to say that at a time like this, the decision will affect Nigerians negatively. 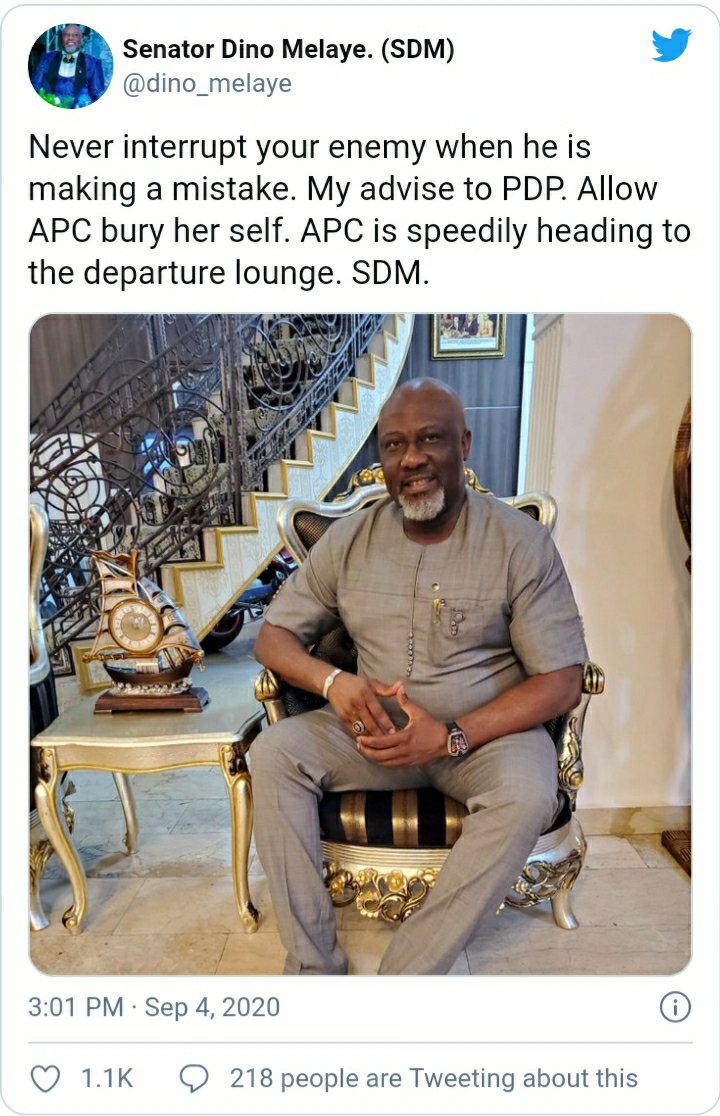