Veteran Ghanaian boxer D.K Poison after decades of fighting for his money owned him by the government would now be walking to the bank to smiling after the President gave his approval for the money to be paid.

Some four decades ago, during the Acheampong era D.K Poison had won a fight where he received huge amount of money for winning.

The Acheampong government which was going through financial difficulties by then and thought it wise to take a loan from the boxer.

He willingly gave out the money they requested but two years down the line, the Acheampong government got overthrowned making it impossible for him to get back the loan he gave to the government.

Since then he has been moving to the seat of government to request his money from them but none of the government has been able to pay him his money because according to them there are no documents to back his claim.

He even granted various radio and television interviews where he called on people to help him retrieve the money owned him by the state.

A new directive from the President Nana Addo Dankwa Akuffo Addo has ordered the finance minister to pay back the boxer his $45k.

Read the letter below: 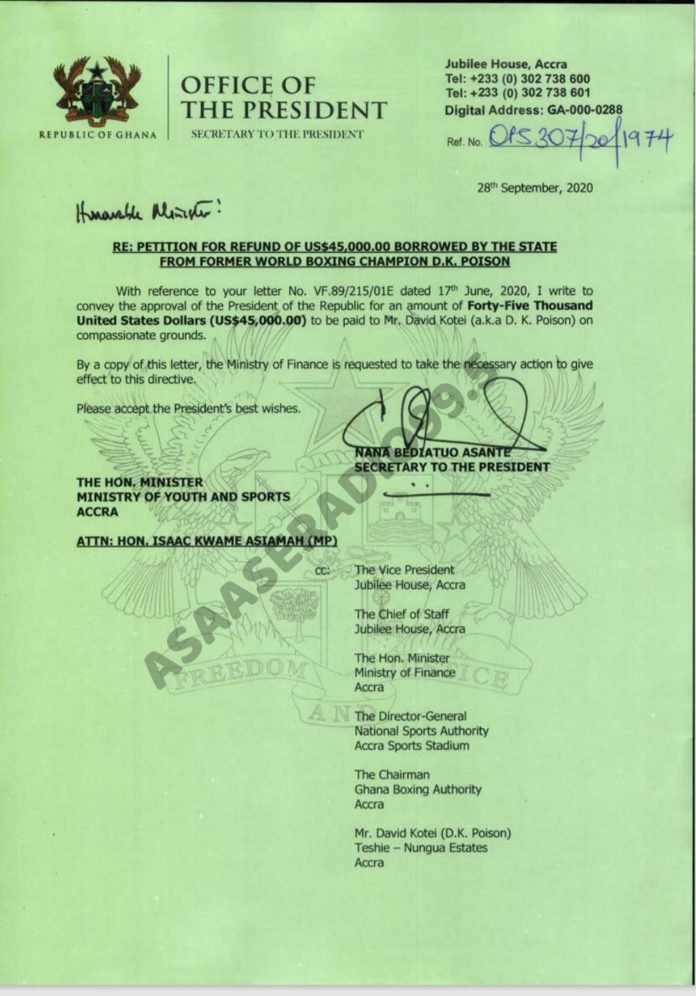 The post DK Poison to receive his $45k loan, Ghana took from him in 1976 appeared first on illuminaija.