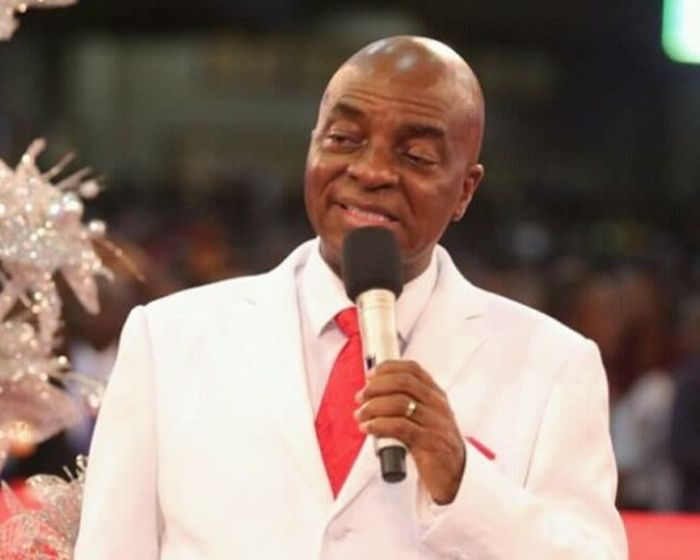 Bishop David Oyedepo, the senior pastor of the Living Faith Church Worldwide, has once again kicked against the proposed Social Media Bill being deliberated upon in the Nigerian Senate. The social media bill has passed the second reading in the senate.

Speaking at a programme in his church, Oyedepo said what the Federal government should look out for is hate acts and not hate speech. According to him, hate act which is witnessed in many parts of the country is far worse than hate speech.

Can you imagine that? It is a stone age mentality. But I think we’re free from it now, but there is nothing wrong in trying to make attempt. Do they think we are all dummies?”

YOU MAY ALSO LIKE  Pant Thief Arrested In Niger State, Poses With It (Photo)

The clergyman went further to ask his members if the Buhari-led government was doing well and they unanimously chorused No.

They must tell you you’re not doing well. Hear me, please hear me and answer me, is this government doing well?” he said

Watch a video of him speaking below

At least this man of God says it as it is to @MBuhari and his Christian VP @ProfOsinbajo “Which is worse? Hate speech or hate acts?” pic.twitter.com/3KThBPov1Q

The post Do They Think We Are All Dummies? Bishop Oyedepo Once Again Speaks Against Social Media Bill (Watch Video) appeared first on Naijaloaded | Nigeria’s Most Visited Music & Entertainment Website.