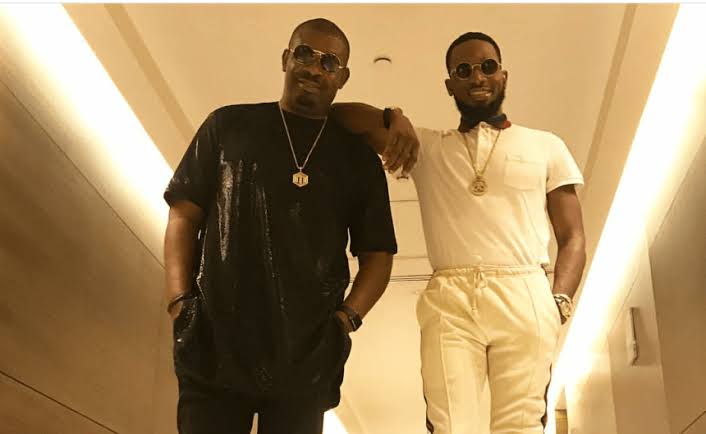 D’Banj had an online concert to celebrate his anniversary when he turned 40 years on Tuesday, 9th or June.

He had his former label mates Don Jazzy and Wande Coal present to celebrate with him at the online concert.

took Nigerians on a musicial journey were he performed 40 of his best hits throughout the span of his music career. He will also be putting out an album to celebrate his 40th anniversary.

The occasion had some of stakeholders in the music industry, DJs, fellow artistes, music executives etc.

The highlight of the night was the presence of the old Mo Hits crew at the party. Don Jazzy, Wande Coal and others were on ground.

D’banj performed some of their songs together. Watch the video below:

Some sights and sounds from DBanj’s 40th birthday. Don Jazzy showing some love too

Dbanj and don jazzy together “on stage” after all these years