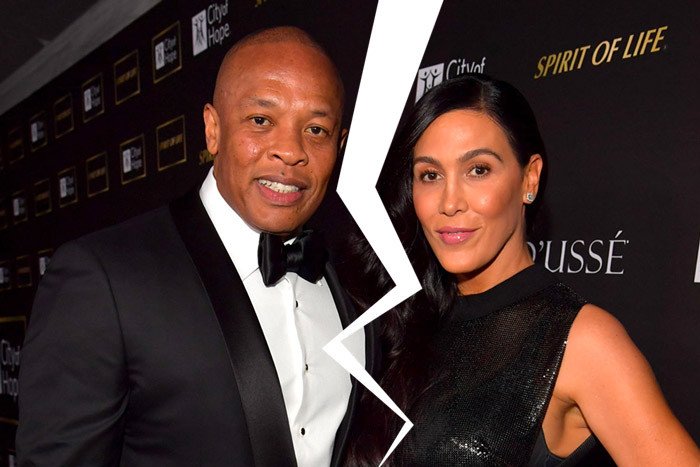 Dr. Dre has responded to his estranged wife Nicole Young’s request for $2 million a month spousal support amid their divorce battle.

Following their split over the summer after 24 years of marriage, Young had listed her monthly expenses amounting to over $2.5 million earlier this month.

The hip-pop mogul has now hit back at his estranged wife’s demand, calling it as ‘absurd’ because he’s already footing the bill for her every need, according to the legal docs.

Dre claims he also pays for Young’s credit card bills and notes his business manager pays her AmEx Centurion Black Card, and those bills range from $150,000 a month to $350,000 per month.

He says all her expenses have been paid apart from some ‘unauthorized charges for [Nicole’s] attorney’s fees,’.

YOU MAY ALSO LIKE  Breaking News: President Buhari To Broadcast To The Nation On October 1

As for her lawyers who are seeking $5m in fees, Dre. says, “This all seems like the wrath of an angry person being exacerbated by opportunistic lawyers.”

He claimed he offered to pay her attorneys $350,000 through the end of the year but found out Young had already taken $400,000 out of his record company’s business account.

Earlier this month Young listed her expenses to justify her request for almost $2 million.

The estranged couple, who both got married on May 25, 1996, have two adult children together: son Truice and daughter Truly.

In all, the iconic producer has six children, four sons, and two daughters by five different women. One of his sons called Andre Young Jr is late.