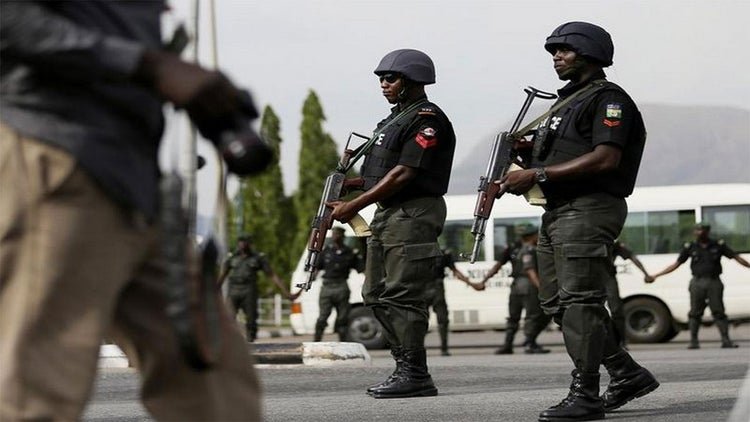 Sun News reports that two robbery suspects of same parents have been arrested by the police in Awka, the capital of Anambra State.

The two suspects, according to the Police Public Relations Officer in the state, SP Haruna Mohammed, were undergraduates at University of Nigeria, Nsukka [UNN] and a faith based university, Paul University, Awka.

Mohammed, in a statement on Wednesday, said that the suspects robbed a jewelry shop located within the temporary site area of the Nnamdi Azikiwe University, Awka better known as Temp. Site and were nabbed after a hot chase.

The statement read: “On the 22/9/2020 at about 9am police operatives attached to B’Division Awka arrested two robbery suspects as follows: Chigozie (surname withheld by us) ‘m’ aged 21 years; a native of Aguata but resides at Kenfrank Lodge UNIZIK Temp Site Awka and Onyeka ‘m’ aged 22 years of same address.

“The suspects who are brothers from same parents as well as undergraduates at Paul University and UNN allegedly entered a jewellery shop forcefully at Temp Site Awka, tied the salesgirl and cover her mouth with cello tape.

“They also threatened to stab the sales girl on her neck if she screams and thereafter carted away 33 wrist watches, 14 necklaces valued over N300,000 and cash sum of N37,000.

“Consequently, as the suspect were escaping, the salesgirl loosened the tape and raised alarm which led to the arrest of the suspects after a hot chase.

“Meanwhile, exhibits recovered in their possessions includes 33 wrist watches, 14 necklaces, cash sum of N37,000 and a wrap of dried leaves suspected to be Cannabis Sativa following a search at their residence.

“Suspects voluntarily confessed to the crime and investigation is ongoing after which they would be brought to book.

YOU MAY ALSO LIKE  Nigerians Stars To Watch Out For As The Champions League, Europa League Return

“The command urges the public who were victims of similar robbery incidents to report at B’ Division Awka in order to enable the police conduct discreet investigation into the matter.”