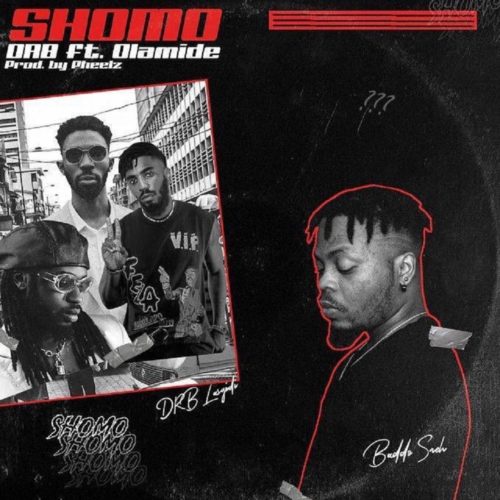 DRB Lasgidi linked up with the king of the street Olamide baddo for this new banger, “Shomo”.

Alte music group, DRB Lasgidi (Fresh L, Teezee and BOJonthemicrophone) releases a new joint titled “Shomo“. On this jam produced by Pheelz, they featured Olamide who gave them a street vibe and melody. Don’t sleep on this, its a potential Hit!

The Alte Bank Of Africa feels this festive period needs a new jam as they dished out this banger! ‘Shomo‘ is a Yoruba word that means (Woo A Girl); Fresh L, Teezee, BOJ and Baddo says it’s celebration time you need to Turn Up! and get a girl for yourself to catch some fun.

Listen to “Shomo” by DRB Lasgidi x Olamide and Enjoy!