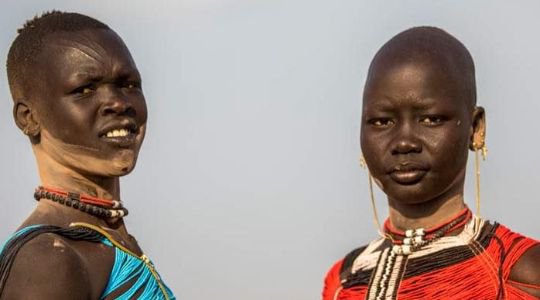 The Mundari tribe in South Sudan is popularly known for drinking urine from their cows, which represents their wealth, status, and dowry.

A small ethnic group composed of cattle-herders and agriculturalists, the Mundari are known for their unique way of looking after their cattle in South Sudan, the world’s youngest country.

The group is composed of cattle-herders and agriculturalists and is part of Karo people which also includes Bari, Pojulu, Kakwa, Kuku a 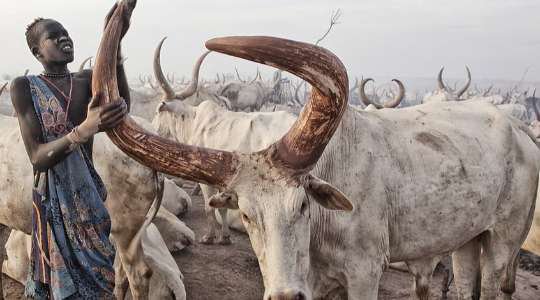 The Mundari, like other nilotic tribes, are very cattle-oriented: cattle serve as food, currency, and a mark of status. Marriages are arranged by the prospective groom offering cattle to the bride’s family, and husbands may take as many wives as they can support.

The Mundari engage in perennial cattle raiding wars with the Bor Dinka during the dry season. The Mundari also cultivate sorghum and ca 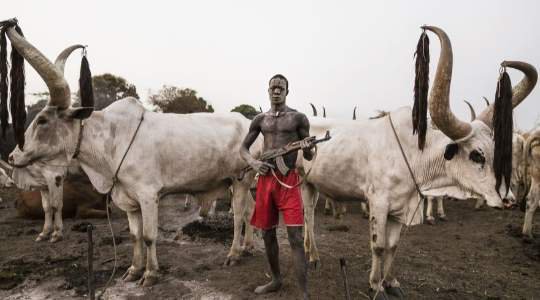 tch fish using nets and spears. In common with other nilotic tribes in Sudan, the Mundari practice ritual scarification as a rite of passage into adulthood for young men.

The typical Mundari scar pattern comprises two sets of three parallel lines, each on either side of the forehead, extending in a downward slope and unconnected in the middle.

The cows mean so much to them that they use rifles to watch over their large-horned herds, as a single cow or bull can be worth $500. “they treat these animals as members of the family.”

A group of herdsmen from the tribe, living on the banks 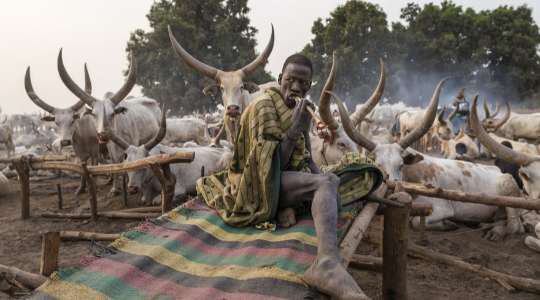 of the Nile, north of the capital Juba, spend a lot of time caring for their prized livestock–the An Kole-Watusi–a horned breed known as “the cattle of kings.” “It’s hard to overstate the importance of cattle to the Mundari people.”

“These animals are everything to them.” “Almost every man I met wanted me to take a picture of them with their favorite cow.” “Their wives and children were given short shrift,” Said Zaidi Their breed of cow has been a dowry, a source of medicine, w 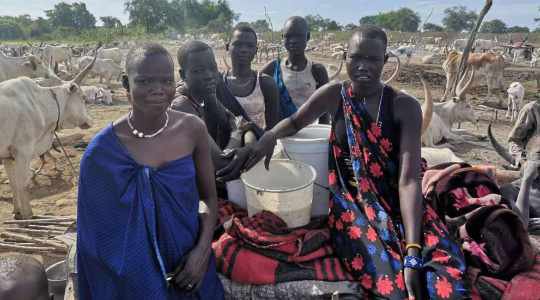 ealth, and even a friend.

“They don’t venture into the town, they stay in the bush, and it’s why their unique way of life endures.” The Mundari have no taste for war and “their guns are not to kill anyone but to protect their herd.”

All the Mundari want to do is take care of their livestock, Zaidi said, adding that they will protect them at all costs.

The post DRINKING COW URINE!! See This Tribe In South Sudan That Believes Cow Urine Is Healthy For The Body! appeared first on illuminaija.