Duncan Mighty was reportedly kidnapped in the early hours of Saturday in Owerri, Imo state.

Cubana chief priest raised the alarm in the early hours of Saturday, stating that the unknown gunmen shot sporadically before abducting the singer. He also claimed they beat him as they violently whisked him away.

YOU MAY ALSO LIKE  BE SINCERE! Once Lockdown Is Over, Where is First Place You Are Going To?

Details about the abduction are sketchy at the moment, and Cubana has taken down the post on Instagram but we will bring you an update on the story as soon as it is unclouded. 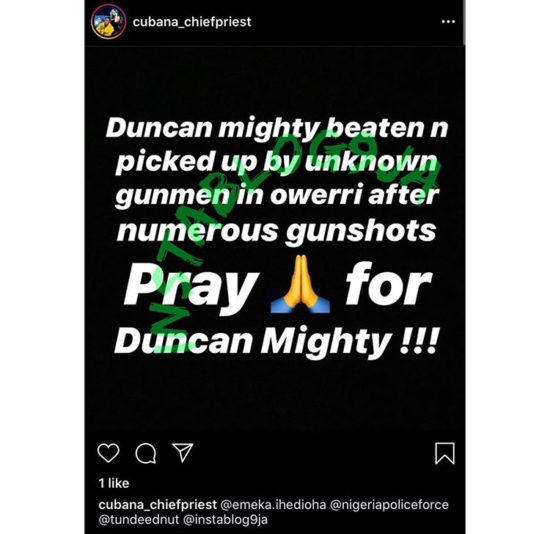 The post Duncan Mighty beaten and abducted by unknown gunmen in Imo State appeared first on .